Teenager George Raiswell from Wistaston has once again organised a fund-raising activity at Wistaston Jubilee Tennis Club, Church Lane, Wistaston. Last year the Shavington High School pupil organised a 12 hour ‘Tennisathon' for Sport Relief and this year on Saturday 14th March he organised a ‘Wistaston Red Nose Day’ tennis tournament for Comic Relief http://www.comicrelief.com/ . George arranged the round-robin format event in which players paid a donation to play against each other. The two players who had won the most games went through to a final to win a trophy. George reached the final, but was beaten 6-4 by Ollie Cox. George’s mother - Julie - made cakes which were sold on the day. In total £60 was raised for Comic Relief, which fund’s projects in the UK and worldwide.

George said, "I would like to thank everyone who supported the event and my mum for baking the cakes. It was all for a very worthy cause”. 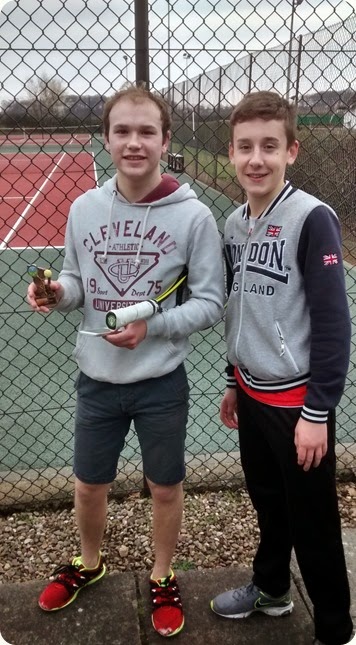