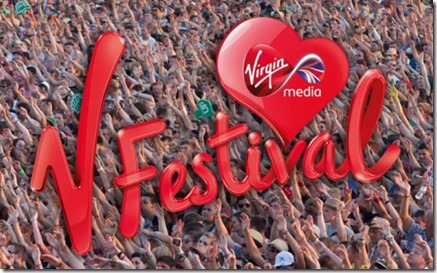 Hundreds of South Cheshire revellers will make the short trip across the border to Staffordshire for this year’s massive V Festival.

Once again attracting a star-studded line-up, it looks certain to be the biggest festival of the summer.

Acts to suit all tastes are ready to make it the best V Festival yet on its 18th anniversary with Beyonce, Kings of Leon, Stereophonics, Jessie J and Calvin Harris just a handful of artists fans can expect to see.

On both Saturday, August 17 and Sunday, August 18, more than 85,000 people are expected at Weston Park, near Stafford, which will play host to V for the 14th time, after it switched from Temple Newsam Park in Leeds in 1999.

V Festival is held over two days at two sites, with artists switching between Weston Park and Hylands Park in Chelmsford.

Even the smaller stages will boast some stellar line-ups this year with Beady Eye, Rudimental and The Courteeners playing the 4Music Stage and Basement Jaxx, Ellie Goulding and Everything Everything on the Arena Stage.

A host of comedians are also set to provide a bellyful of laughs on the Glee Club Comedy Stage with a line-up to be announced shortly.

And if that wasn’t enough, a range of films will be screened late into the night, and markets and a funfair will remain open until the early hours after the acts have finished.