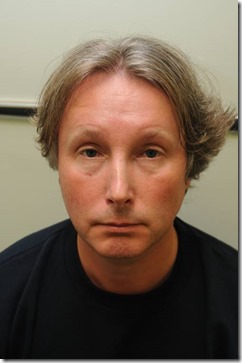 A man who brutally murdered and mutilated a Cheshire businesswoman has today been found guilty of her murder.

Assistant Chief Constable Ruth Purdie of Cheshire Police said "David Ryan gave Diana attention and affection and preyed on her trusting and kind nature for his own ends. We now know that his intentions toward Diana were fuelled by greed and Ryan′s intention to exploit her financially to try and recover himself from the mountain of debt he faced.

"We have been left in little doubt that Ryan′s attack on Diana − a diminutive and gentle lady, was brutal and sadistic. He showed contempt and compounded his disregard for her when he did his utmost to remove DNA evidence and then destroy her body.

"The intricacies of this investigation cannot be underestimated − the scene of the crime took weeks to examine to ensure that no stone was left unturned in the hunt for Diana′s killer. Although Ryan refused to admit his guilt in this horrific murder, the Prosecution were able to prove that he concocted a web of lies and brutally murdered a woman who had done nothing more than fall for the charm of a con-man.

"We hope that with today′s verdict, Diana′s heartbroken family are allowed a degree of closure after the loss of their loved one in such a brutal attack. I would like to acknowledge the hard work and dedication of the Investigation Team and the Crown Prosecution Service in bringing this tragic case to a successful conclusion"

During the 7 week trial, the Jury heard that Ryan befriended his victim whilst out socialising at the Cinnamon Dance Club in nearby Bowden. Diana, described by many as a quiet, gentle, likeable woman, met Ryan in October 2010 following a violent and tumultuous relationship with her ex partner. The Jury heard that from 2011, Ryan began syphoning away Diana′s wealth and hard earned money she had accrued from her cattery business. Ryan kept the affair secret from Karen, his wife of six years, often slipping away to meet Diana. Ryan, struggling with significant mounting debts and even repossession of his home in 2010 after racking up thousands in missed mortgage payments, frittered away the cash he took from Diana on luxury items such as designer clothes, a puppy, extravagant purchases for his rented terraced home, and even used his victim′s money to fund his wife′s IVF treatment.

Diana Lee was last seen alive on the evening of 8 August, when she met a group of friends for dinner at a restaurant in nearby Knutsford. She left the restaurant and went to meet Ryan nearby.

The following morning, the victims brother, a local farmer, visited Diana at her home, known as ′Parklands′ in the affluent village of Cranage, approximately five miles from Knutsford. Diana ran her cattery business from Parklands and rented a room to a family friend who lodged with her. During the trial, the Jury heard that Ryan tried to ‘frame′ him for the murder by slashing the victim′s dressing gown, covering a knife in her blood and planting her underwear in his room.

The scene that her brother met with that morning was one of sheer panic. Having not been able to contact his sister on her mobile phone, he arrived at Parklands to find the detached garage beside the property blowing out plumes of smoke. Multiple attempts had also been made to set fire to Parklands itself.

It was only when police and fire officers examined the cluttered garage in the aftermath of the fire that the battered, delicate body of Diana Lee, who was just 4′11" and weighed less than 8 stones, was discovered. She had been positioned atop a wheelbarrow and her tiny body had been mutilated.

A full scale murder investigation was launched by Cheshire Police and enquiries began to piece together Diana′s lifestyle, her network of friends and personal relationships. Enquiries ultimately led the investigation team to the Cinnamon Dance Club where Ryan′s lies began to unravel after he was questioned by detectives and provided a sample of his DNA. At the time he denied being in a relationship with Diana Lee, but soon retracted his initial statement and admitted having sex with her in her car on the night of her disappearance.

The evidence soon began to stack up against Ryan who continued to protest his innocence. Phone records showed that he contacted Diana continually from his mobile phone until January 2012 when Diana had given him £30,000. Ryan then began to use a telephone box near to his home in Hale to make contact with Diana, and detectives soon pieced together a pattern that showed cash withdrawals and bank transfers made from Diana′s account shortly after she received a phonecall from Ryan.

Ryan′s behaviour became more desperate by summer 2012 and under the pressure of mounting debts, clear patterns of behaviour emerged that showed withdrawals from Diana′s bank account that correlated with extravagant spending patterns by Ryan.

The Jury heard evidence from associates of Ryan that over the course of many years he had borrowed from virtually every friend, family member or associate, and regularly failed to properly repay monies owed.

The Prosecution were able to prove that David Ryan slept at Parklands with Diana the night preceding her murder. Diana died of blunt force trauma to the head after a sustained and brutal assault in the bathroom of her own home. Ryan dragged her body and her bedding to the garage where it was his intention to destroy any evidence that connected him to this horrific crime. Ryan even sent hoax text messages from Diana′s mobile phone to clients due to drop off their pets that morning, to bide himself time at the scene of the crime.

Ryan fled the scene in Diana′s silver Corsa, before making attempts to set fire to it in Mobberley and continuing his escape on her pushbike.

Ryan was charged with Diana′s murder in September 2012 and was remanded in custody to await trial.

Speaking after the verdict, Chief Superintendent Guy Hindle, Commander for the Eastern Area that incorporates the villages of Cranage, Holmes Chapel and Knutsford, said "The death that befell Diana Lee was a vicious and callous one. With the assistance of key witnesses within our community, we brought the man responsible to justice. I would like to take this opportunity to offer my thanks to the communities affected by this tragic and cruel murder, for their help in this investigation, and to reassure them that crimes such as this are exceptionally rare in our area".

The Judge, Mr Justice Henriques described the case as "The most extensive and complex single defendant trial he has ever presided over′.