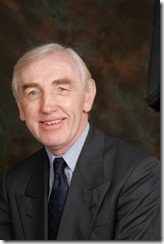 Willaston and Rope Ward UKIP Councillor Brian Silvester has called on Cheshire East Council (CE)  to try and reach agreements with commercial partners in the Borough to stop pay day loan companies advertising on billboards and bus shelters throughout Cheshire East. He said," Plymouth City Council have achieved this and I see no reason why CE can't do the same. http://www.guardian.co.uk/uk- news/2013/jul/23/plymouth-council-bans-payday-loans?CMP=twt_gu Such a move would not cost the Council anything and would be another step towards encouraging our residents to approach responsible lenders, like Credit Unions. This move would help keep local people away from the clutches of the pay day loan companies, who charge astronomical rates of interest, which can wreck the lives of vulnerable people.

I wrote to the Cllr. Gilbert, the responsible member in the Cabinet, in May calling for action on banning  access to pay day loan companies on Council computers and I am pleased that this has now been done. I have now written to Cllr Gilbert again asking for this further action.