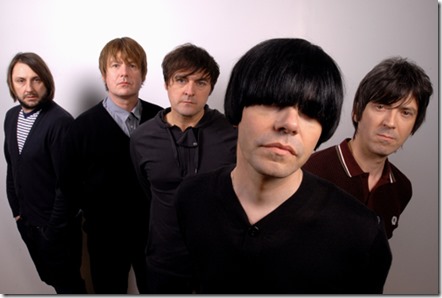 Cheshire’s finest The Charlatans will star at one of Britain’s upcoming festivals this weekend.

Thousands will descend on the Lake District on Friday (July 26) until Sunday (July 28) for Kendal Calling – which is quickly becoming one of the most talked about festivals in the country.

Arguably the county’s most treasured band, The Charlatans will headline the main stage on Saturday night (July 27).

After the Northwich outfit’s first album Some Friendly was released in 1990, The Charlatans shot to fame and fortune, earning awards and critical acclaim.

Managed for much of their career by Sandbach man Steve Harrison, the band have notched up a massive 11 hit albums and numerous top 10 singles.

Their links with Cheshire are many. When not on tour, the band often decamp to their Big Mushroom studio in Middlewich and usually end their sets with the song Sproston Green – dedicated to the village near Holmes Chapel.

And the cover of their compilation album Melting Pot features a picture of The Weaverdale cafe in Witton Street, Northwich, which has since been renamed The Melting Pot.

Frontman Tim Burgess will also be performing a DJ set on the Houseparty Stage prior to the band’s headline appearance on Saturday.

Kendal Calling was born when a group of music lovers decided the fields of Cumbria should be put to better use during the summer months.

And in 2006 the festival was launched as a new two day music event in Abbot Hall Park in the centre of Kendal.

In 2009, it moved to its present site at Lowther Deerk Park and since then the likes of Dizzee Rascal, Calvin Harris, Mumford & Sons, James, Maximo Park, Feeder and Chase & Status have graced its stages.

This year The Charlatans are joined by fellow headliners Primal Scream and Basement Jaxx. The Lightning Seeds, The Twang and Ash are also on the bill, as are some up and coming talent such as The 1975, The D.O.T. and Kodaline.