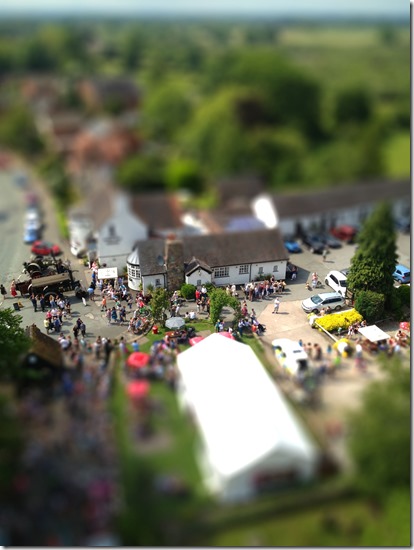 Wybunbury Fig Pie Wakes - http://www.wybunbury.org.uk – took place on the afternoon of Saturday 8th June 2013 in Wybunbury, near Nantwich. The event is organised by the Wybunbury Tower Preservation Trust. It dates back to at least 200 years though stopped in 1920. The event was reprised in 1993 and all proceeds are split between local organisations - the Wybunbury Tower Preservation Trust, Wybunbury Village Hall, Wybunbury Delves Primary School, Wybunbury Women's Institute, St Chad's Church, Wybunbury Scout group and Wybunbury Old Churchyard Society. The fig pies, made from a special recipe, were rolled from the Swan Inn pub down the Main Road to see how far would travel. There were separate race categories for 10 & Under, 16 & Under and Adults. Crewe and Nantwich MP Edward Timpson rolled the first fig pie. The famous leaning church tower was open to the public, and there were also various stalls, a Grand Raffle, refreshments, tug-of-war competition, Cheshire Police crime prevention advice, the Shavington High School Band and the Nantwich Voices Choir. The Swan Inn and the Red Lion pub both sold refreshments, had steam traction engines on display and had live music. The event started at 1pm with the first pie rolled at 3pm. The 10 & Under race was won by James Coney (aged 7) with 32.1 metres, 16 & Under was won by George Shepherd (aged 15) with 102.8 metres (the longest distance of the day) and the Adult race was won by Peter Wenzl with 100.7 metres. The event was enjoyed by hundreds of people in gloriously warm weather. I've uploaded all my photographs and a video featuring Peter Wenzl rolling his winning pie to: http://www.flickr.com/photos/jonathanawhite/sets/72157634033572868/ . 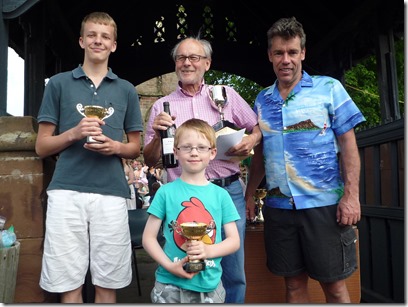