Fire Crews Called To Mcneill Avenue During The Early Hours 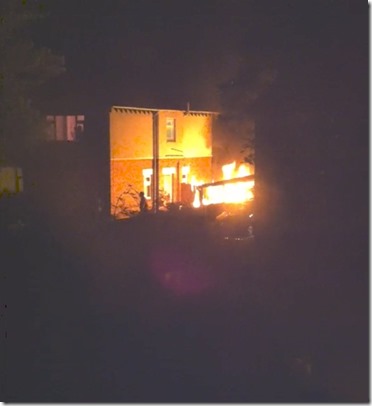 Firefighters were called out at 00.31 during the early hours of Tuesday morning to a fire involving a shed next to a house on McNeill Avenue, West End, Crewe.

When they arrived crews found the shed was on fire and that two adults and three children had managed to get out of the house safely.

Firefighters wearing breathing apparatus used hose reel jets to tackle the blaze.
One appliance from Crewe and one from Nantwich attended the scene.
A joint investigation between fire investigation teams and Cheshire Police has now been launched to find the cause of the blaze.

Cheshire police had CID at the scene, the police helicopter was also scrambled to the scene at around 04.20 due to reports of a possible arson suspect being seen in the area