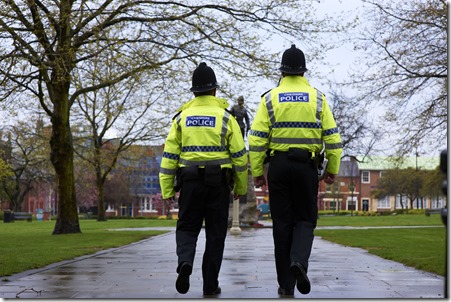 Cheshire Constabulary are applauding the work performed by their volunteers during National Volunteer Week and are asking members of the public whether they want to join in, become a volunteer and make an invaluable contribution to their local community.

For many years, Cheshire Constabulary has relied on volunteers to work in close partnership with their full-time colleagues to create a safer and more secure community. Special Constables work in front-line policing and form a vital link between the regular police and local communities, and Police Support Volunteers carry out tasks which complement the duties performed by officers and staff.

Volunteers bring a variety of skills to their role within the Force and their local community perspectives help to shape the services provided.

In recognition of the contribution given to the service by volunteers, Police and Crime Commissioner John Dwyer said:

"I am extremely grateful for the time and effort made by our volunteers who play an invaluable role within Cheshire Constabulary. We are very fortunate to have dedicated volunteers, including some who have been with us a very long time, who help deliver services to members of the public. Cheshire Constabulary volunteers are very much an integral part of the wider police family and we would encourage anyone wishing to make a contribution to their local community to get in touch."

Cheshire Constabulary is currently recruiting for a variety of volunteer roles. They recently launched their ‘Do Something Special’ campaign to recruit Special Constables and their next Specials Awareness Seminar will be held at Winsford Headquarters on 23rd July. They are also asking the public to register their interest for Police Support Volunteer roles at the Cheshire Police website: http://www.cheshire.police.uk/jobs.aspx