The Wistaston Village Fete took place on the afternoon of Saturday 15th June 2013. This annual event is organised by the Wistaston Community Council and took place within the grounds of St Mary's Church Rectory, Church Lane, Wistaston. 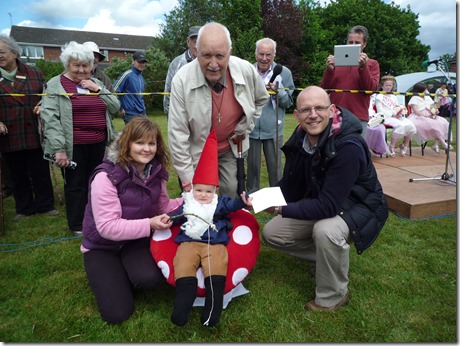 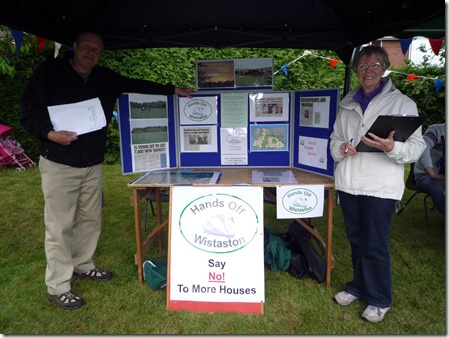 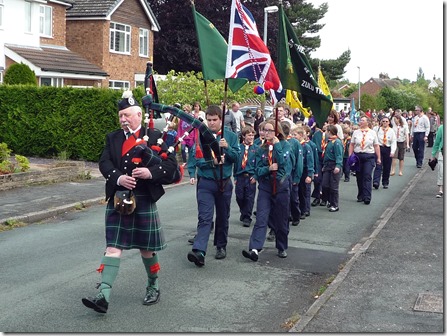 Once the procession had arrived within the Arena at the Rectory last year's Rose Queen (Daisy Wybrow) thanked Wistonian's for their support and stated that £1,147.60 had been raised for Save the Children during her year of office. St. Mary's Wistaston Rector Mike Turnbull then passed the crown from Daisy to this year's Rose Queen (Naomi Barker). Naomi officially opened the Fete and stated that her chosen charity this year is Alder Hey Children's Hospital in Liverpool. Geoff Armitage from the Wistaston Community Council was Master of Ceremonies and introduced each event in the Arena. 2012 Wistonian of the year, Laurie Clough, presented prizes to the winners in the Laurie Twiss Award for Journalism. Past and present Wistonian's of the year were given rose lapels by Rose Queen Naomi as a thank you for their contributions to the village. Rector Mike Turnbull was given a thank you present from the Wistaston Community Council for allowing them to use his Rectory each year for the Fete and for his long-term support of the event. Fifteen children took part in the fancy dress competition and entries included Spider-Man, Superman, Batman, Bob the Builder, a knight in armour, a robot, and several princesses. The winner was 15 month old Jack Rhys Chadwick from Wistaston for his gnome on a toadstool with fishing rod costume and he received his prize from 2012 Wistonian of the year Laurie Clough.

There were over 30 stalls representing local organisations and charities, plus Snugbury's Ice Cream and two bouncy castle's.

Across the road in St Mary's Church Hall there was a Cafe and displays by the Wistaston Church Lane Primary School choir, Fraser School of Irish Dancing and Zumba Crewe & Nantwich.

The Mayor of Cheshire East Council (Councillor Dorothy Flude) was a special guest and was shown around the Fete by Dane Chaplow from the Wistaston Community Council. Councillor Flude said, " I am thrilled that this year they had some good weather and the Fete is as popular as ever - it is a credit to all the people who organise the event. I'm sure all the young people who took part in the Arena and Hall were thrilled by the audience participation. I wish it well for the future as the village Fete is an important part of village life and one of our wonderful English traditions."

The event took place in overcast but mainly dry weather and was enjoyed by several hundred people.