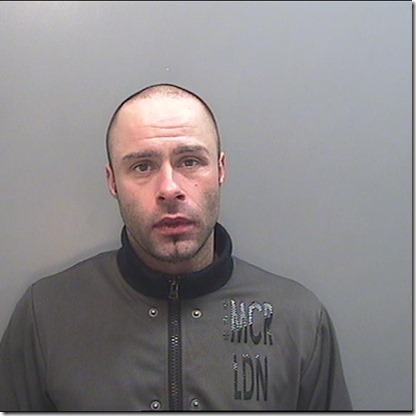 Detectives in Chester are appealing to the public for assistance in tracing the whereabouts of a man police want to speak to after a woman was raped in Chester.
On the afternoon of Friday 14th June 2013, a 44 year old woman was attacked on common ground in The Dukes Drive area of Handbridge, Chester.
The victim had been jogging with her pet dog and was unable to contact police until the early hours of Saturday the 15th June 2013. She is being supported by specially trained officers.
Police wish to speak to 37-year-old Peter Watton in connection with the investigation. He is local to the Chester area and was released from prison on 12 June. Peter is considered a risk to the public and is in breach of his licence conditions and is wanted on a recall to prison.
Detective Superintendent Andy Southcott said "We have a number of active lines of inquiry that we are progressing and believe that Peter Watton may be able to assist us in our investigation.
"I would urge anyone who has any information about Watton′s whereabouts or who see′s him not to approach him but to contact Cheshire Police immediately on 999. My concern is not only for the public at large but also for Peter himself, and I would also appeal directly to Peter Watton to make contact with the Police or present himself at the nearest Police Station."
Detective Inspector Simon Lonsdale said " This is a very serious but isolated incident. I would like to reassure the public that we have a number of lines of enquiry that we are following and extra police and support officers will be patrolling the area. People using the area around Eaton Road and the river Dee should remain vigilant and take basic precautions such as not going to isolated areas alone and reporting anything untoward to police".
Anyone with information about the whereabouts of Peter Watton should call Cheshire Police on 999 quoting incident number 6 of 15 June, or alternatively contact Crimestoppers anonymously on 0800 555 111.