The South Cheshire Orchestra performed the first concert of their 2014-2015 season at Nantwich Methodist Church in Hospital Street, Nantwich from 7:30pm on Saturday 22nd November 2014.

The Conductor was Alex Leadbeater and the Leader was Lewis Goodrich. The Orchestra performed Mendelssohn’s Hebrides Overture ('Fingal's Cave'), then the Orchestra welcomed French Horn soloist Cliff Jones for Strauss’ Horn Concerto No. 1 in E-flat Major. Refreshments were served during the interval. The Orchestra then performed Beethoven’s Symphony No.7 in A major Opus 92. The concert was given in association with, and the cooperation of, the Rotary Club of Nantwich.

For more about the Orchestra please visit their website: http://www.southcheshireorchestra.org.uk/ 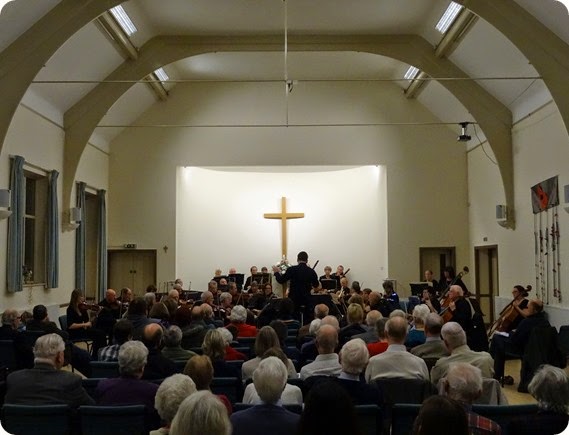