Cheshire East Council has published, on its website, details of allowances paid to all elected members during the period April 1, 2013 to March 31, 2014.

The schedule can be viewed by members of the public on the Council’s website at http://www.cheshireeast.gov.uk/council_and_democracy/your_council/councillor_expenses.aspx

Copies can also be inspected, on request, during office hours at the Council’s main office at Westfields, Middlewich Road, Sandbach CW11 1HZ. 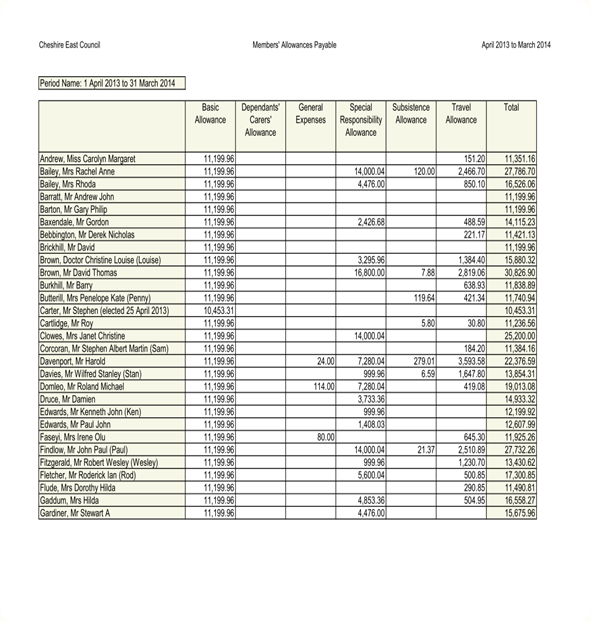 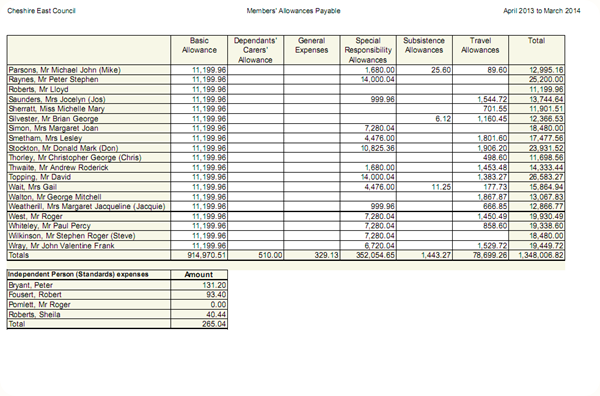