The Remembrance Sunday parade and service in Crewe took place on the morning of Sunday 9th November 2014. There was a parade through the town followed by the Remembrance service at the Britannia Memorial on Municipal Square. The Parade Marshall was Lt RL Jones RNR, the service was led by the Revd Tim Watson, with a Bible reading from Deputy Mayor of Cheshire East Councillor Hilda Gaddum. There was the sounding of the Last Post, a two minute silence, and hymns. Several local organisations, groups and schools were present and laid wreaths during the ceremony. The music was performed by Crewe Brass and the Crewe Male Voice Choir. Following the parade and service, at 12pm, the Christ Church congregation bell was rung 600 times in memory of the 600 people from Crewe who lost their lives during the First World War. 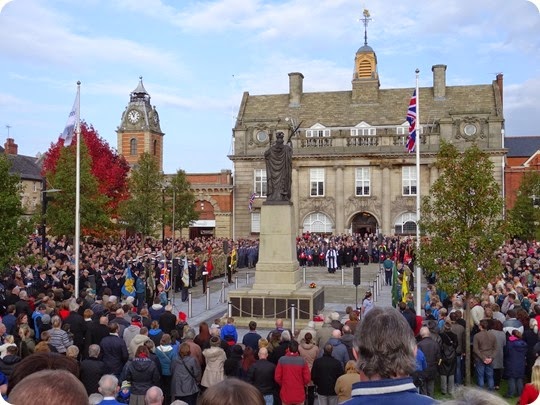 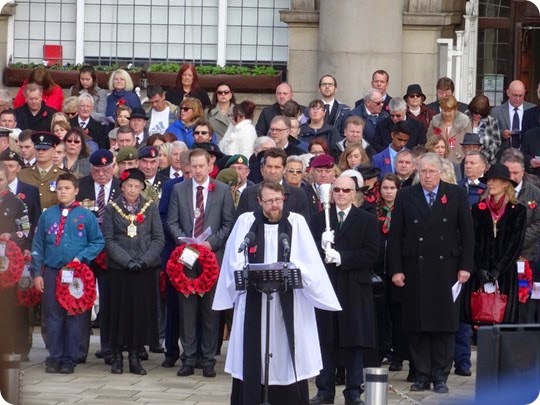