ROUTE MANAGEMENT AND SAFETY REVIEW OF THE

WISTASTON WARD PART OF THE A534 CREWE/NANTWICH ROAD

Margaret Simon and Jacquie Weatherill, Cheshire East’s Wistaston Ward Councillors, have organised a Consultation Day for residents to find out more about and to have the opportunity to discuss the Route Management and Safety Review Draft Report that they have commissioned for them from Cheshire East Highways. The Councillors’ request for a Review has been backed by the Council Leader – Councillor Michael Jones and the Portfolio Holder with responsibility for Highways – Councillor David Topping.

“A good many of our Crewe Road residents have been in touch with us regarding various safety issues along the Wistaston Ward part of the A534. We took up their concerns and made the decision that, as this is a major issue in our Ward, we would ask Cheshire East Highways to undertake a Route Management and Safety Review of our part of the A 534, which stretches from Wistaston Manor to a good way past the Peacock Roundabout. The review is now nearing completion and a Draft Report has been prepared. Comments and concerns that our residents have already made to us have been collated and used to inform the Review.”

“So that we can get maximum input from our residents, and before deciding on any changes, we want to invite them to come along to this consultation event. Cheshire East Highways staff will be on hand to discuss details of the Draft Report and to collect any further suggestions and comments that they may wish to make. Margaret and I will be on hand, at various times during the day to discuss this and any other issues that residents want to raise with us.”

The event will be held at:

(at the junction of Brookland Avenue with Crewe Road)

The Ward Councillors have written to Crewe Road residents advising them of the consultation day and are also extending their invitation to anyone else who is interested in safety issues on this busy residential road. 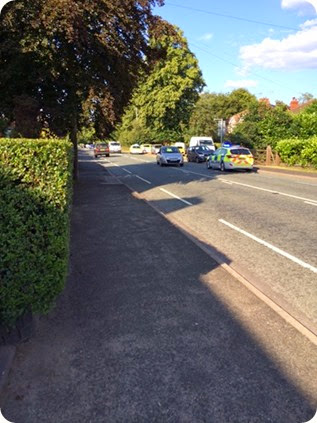