The Remembrance Sunday parade and service in Crewe took place on the morning of Sunday 11th November 2018 - the centenary of the end of World War 1.

There was a parade through the town to Memorial Square led by Cheshire Drums and Bugles along with Crewe Brass, dozens of local cadets from the RAF, Army, Police, Fire and Sea Cadets plus local Scout groups, the Red Cross and a contingent from The Royal British Legion.

The Parade Marshall was M. Kay QCBC COLDM GDS RBL, the service was led by the Reverend Ken Sambrook, with a Bible reading from Councillor Brian Roberts, Mayor of Crewe. There was the sounding of the Last Post, a two minute silence, and hymns. Deputy Mayor of Macon (one of Crewe's twin towns) Mr Herve’ Reynard and Mr Jean-Claude Bernardet, president of the French War Veterans Association both gave speeches in French at the service. The Union Flag and French Tricolour were flown either side of the Crewe War Memorial.

Several local organisations, groups and schools were also present and placed wreaths at Crewe War Memorial during the ceremony. 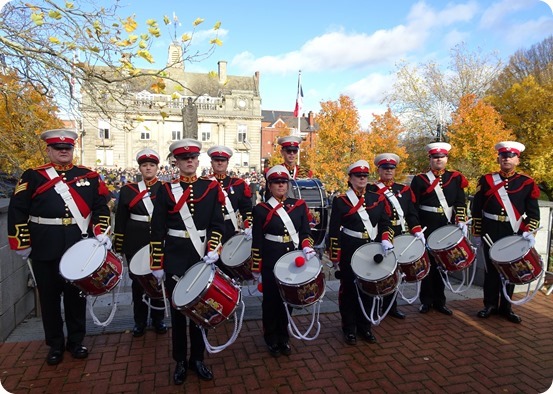 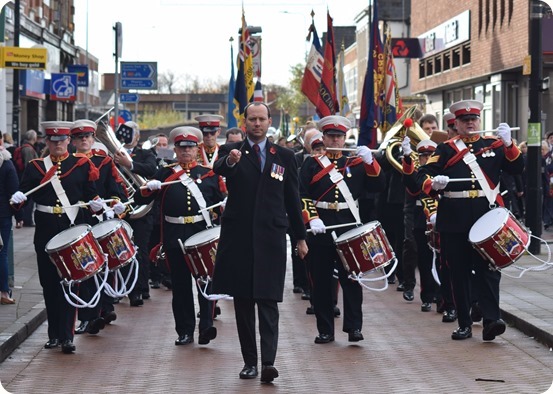 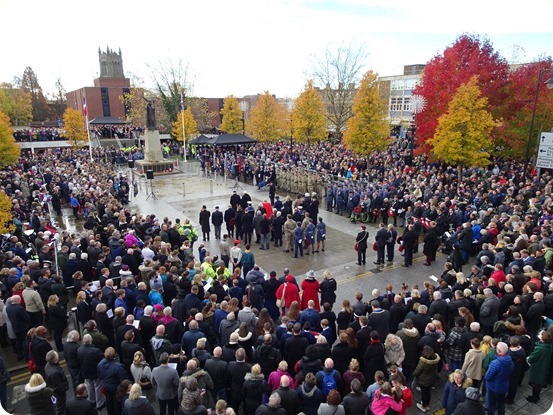