Simon Weston CBE, the Welsh Guardsman who survived an attack on his ship the ‘Sir Galahad’ during the Falklands War and overcame his devastating burn injuries, has become a tireless charity worker, public speaker, author and businessman. Simon is a patron of The LMS-Patriot Project.

The new build Patriot class steam locomotive, numbered 5551 and named The Unknown Warrior, commemorates the lives of those lost in the two world wars and in more recent conflicts. On completion, it will be a lasting, moving memorial for the British public to see and cherish.

It is being built by The LMS-Patriot Project who have trial fitted the part-finished boiler to the chassis of the loco. The boiler is the first standard gauge boiler to be built in the UK since 1962.

It is hoped that the engine will be completed to re-enact the journey of the Cavell Van from Dover to London Victoria on its Centenary in November 2020. For further information visit: https://www.lms-patriot.org.uk/

There was also a ‘Rails and Remembrance’ exhibition telling the story of the role railways played during the Great War and how several Remembrance engines were built as a memorial to the employees of railway companies who gave their lives in the conflict. 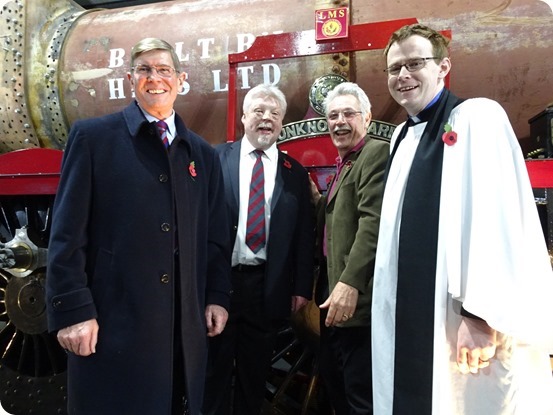 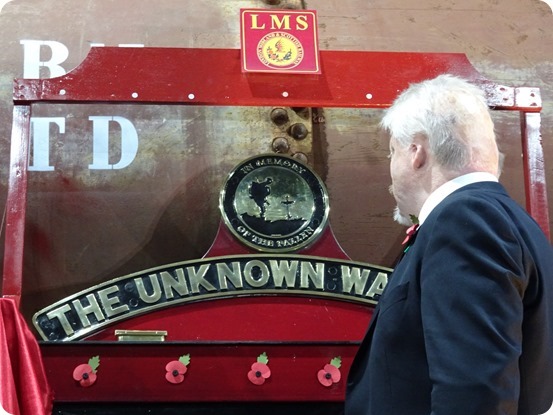