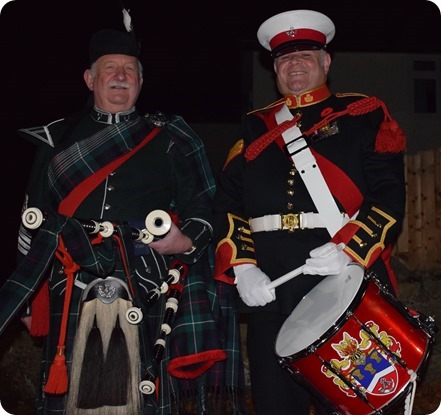 It began with a parade - led by bagpiper Reg Flower and drummer Rob Richardson - from the Park Drive/Westfield Drive junction to the Eric Swan Sports Ground. The parade was supported by Dutton Contractors and Pochin Construction.

The judging of the children’s best pumpkin and best fancy dress competitions then took place and were followed by the fireworks display.

The results of the children's best fancy dress competition, judged by Dane Chaplow and RedShift Radio presenter Kelly-Ann Davies, were:

The results of the children's best pumpkin competition, judged by and Eileen Bamber and Gwyneth Brown, were:

2nd prize – Felicity Rolands with her pumpkin in a pram.

It was a double celebration for the John household as twins Esme and Noah, who are pupils at Wistaston Church Lane Academy, won prizes in both competitions.

Locally-based online community radio station RedShift Radio - https://www.redshiftonline.org/ - for the ninth year running generously provided, setup and staffed the PA system before the fireworks and played music during the display.

The event was organised by the Wistaston Community Council and supported by Wistaston Parish Council.

Dane Chaplow, Wistaston Community Council, said, "The whole Wistaston Community Council parade and fireworks display was spectacular – a fantastic evening. I would like to thank everyone from the Community Council and to myriad others who came to help and make it our most successful street parade and fireworks event to date – we could not do it without you. My thanks also to go Wistaston Sports and Leisure for the use of the Brittles Sports ground, Gekostar Fireworks for the fabulous fireworks display, RedShift Radio for providing the sound and commentary and Kelly-Ann Davies, our wicked witch. Finally, to the community of Wistaston who came in their many hundreds to watch.” 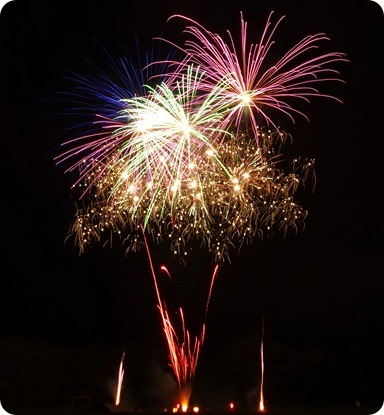