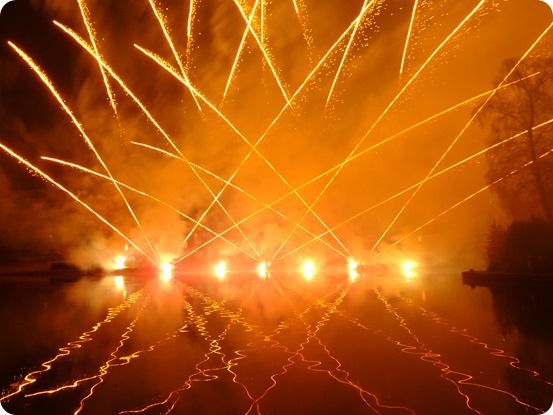 The park gates were opened at 5pm, the bonfire was lit at 7pm and the fireworks started shortly after 8pm.

The weather was dry and clear and the crowd were treated to a twelve minute display involving over 1,000 fireworks. The fireworks were supplied and choreographed by the multi award-winning Crewe-based firework company Blitz Fireworks. Music played in sync with the fireworks during the display included the Thunderbirds TV theme tune, music from the movie Star Wars, Babylon Zoo’s Spaceman, Elton John’s Rocket Man, with the display reaching a crescendo with music from War of the Worlds – during which several aliens appeared! Blitz Fireworks also setup the fireworks display at the Nantwich Spooktacular at Nantwich Show Ground in late-October.

Local community radio station The Cat 107.9 FM kept visitors entertained throughout the event with a range of upbeat music.

The Friends of Queens Park sold sparklers to raise money for further projects and improvements within the park.

Refreshments were available in the Park Life Cafe and numerous stalls and there was also a funfair.

The Bonfire and Fireworks Display was enjoyed by thousands of people. 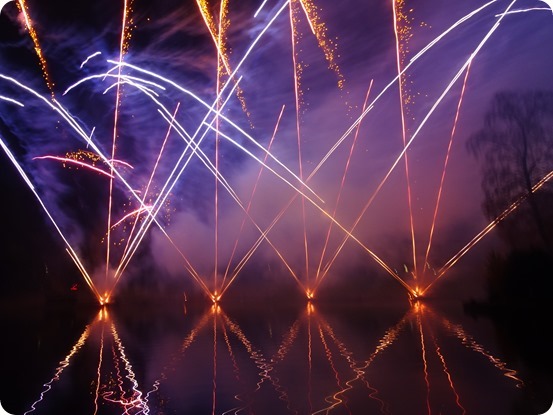