Sue Pickup, Vice Chairman of Crewe and District Parkinson’s UK together her family and committee members organised a fund-raising event at the Civic Hall, Nantwich and raised an amazing £5,600.

The branch hosted the A Band and lead singers Natalie McGrath and Alex Stewart. The A Band is ranked among Britain’s premier function bands with a 9 strong line up of musicians.

Sue said “As well as generating vital funds for Parkinson's UK research, these events help raise awareness and fund the activities we organise to support local people affected by Parkinsons. This was our 5th event since 2010 and this year we sold 240 tickets. Following the success of the night we already have plans ready to fund research projects and sessions on mindfulness and physiotherapy.”

I would like to thank local sponsors CTC Healthcare, Right at Home and Watts Mortgages and supporters who donated items for our silent auction which in total raised £2,700, with prizes including a VIP tour of Bentley Motors, a framed photo and signed glove by Gordon Banks and a signed McLaren cap.

For anyone affected by Parkinson’s further information about the branch visit www.crewe-parkinsons.org.uk 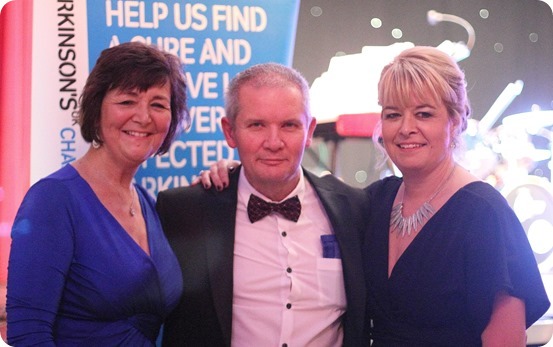