The festive season began in Crewe on Friday 23rd November 2018 with the town’s Christmas Lights switch-on and a winter fairy story projected onto Municipal Building as a new month-long attraction.

The event featured a lantern parade led by Spark! – a street show with drumming and dancing to a kaleidoscopic lighting design - from Lyceum Square to Memorial Square. On arrival at Memorial Square Mayor of Crewe, Cllr Brian Roberts, switched on the Christmas lights at 6.30pm.

Crewe’s Memorial Square was lit by a magical glow of woodland creatures, giant flowers, luminous stars and ice drops and a ‘Fox Lady’ puppet who delighted children with walkabout performances around the town centre.

A winter market offered food and a wide range of festive gifts as well as a chance for children to meet Santa in his grotto.

‘Peal’ - a laser-triggered emulation of a church bell tower blending state-of-the-art technology with 300 year-old ringing patterns - offered visitors a chance to ‘ring’ bells by cutting beams of light with their hands.

Channel 5 filmed the event for a forthcoming TV show on 21st December. 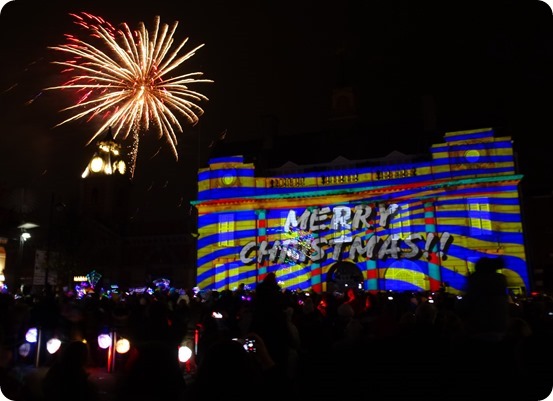 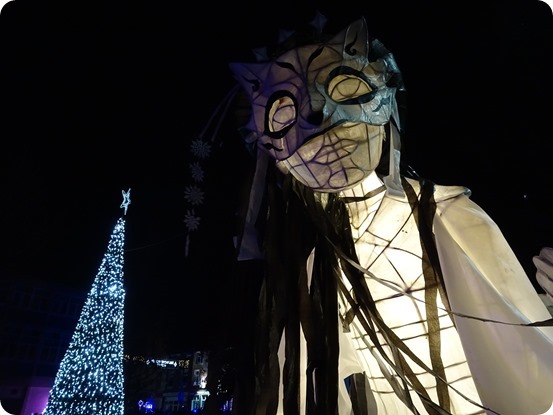 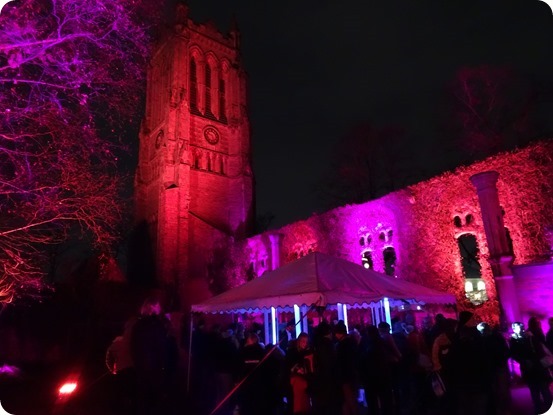