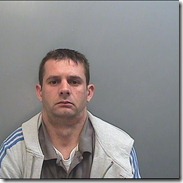 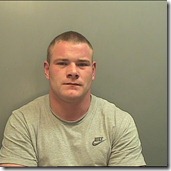 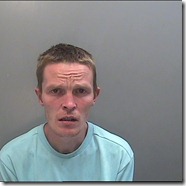 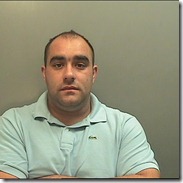 A Crewe gang, once seen as untouchable, were turning drug cash into gold are paying the price for their illegal activities after they were sentenced to a combined total of 11 years and eight months.

Since September 2010 Cheshire Police detectives have been investigating the activities of an organised crime group led by Bobby Palin (24) previously of Smith Grove in Crewe. It was believed that they were supplying class A & B drugs into the Crewe community.

Following a lengthy investigation, officers discovered that the group had been travelling to the heart of Birmingham′s jewellery quarter to buy gold bars for cash earned through dealing illegal drugs on the streets of Crewe.

As the investigation went on it was clear they were going to the same jewellers in Birmingham′s jewellery quarter to launder between £7,000 and £14,000 a time by buying fine gold ingots.

Officers intercepted the gang twice after they visited the shop, on both occasions the gang had converted fine gold ingots into large amounts of cash.

When they were stopped by police on the M6 on 4 April 2011, Bobby Palin was in the car with Andrew Arrowsmith & Shane Arrowsmith. They had been to Birmingham to exchange two gold bars valued at £13,900. They were arrested, the cash was seized and the men were later charged with money laundering offences.

The following day officers observed one of the gang members, Carl Arrowsmith, (29), going back down to Birmingham with four gold bars valued at £27,650 . He was caught in the back yard of the shop, arrested and the cash was seized. He was later charged with money laundering.

They were subsequently charged with offences including money laundering and class A drug offences.

The total amount seized to date off the gang is £42,062.67 in cash but a financial investigation into their assets is currently underway to track down and seize any further money obtained through their illegal exploits.

DC Gareth Wynne said: "The officers involved in the case spent 18 months gathering enough evidence to convict the gang. The gang, headed by Palin were seen to be out of the reach of the police by certain areas of the community. Our hard work has finally paid off and Crewe residents will see a gang of men who have been a blight on the community behind bars. This investigation has struck at the heart of this group by removing the hierarchy who organise the drug supply and reap the benefits from the profits generated.

"This shows that we will do everything we can to make Cheshire a safer place and sends out a clear message to those who think they are above the law that we will bring you to justice."