Welcome to this, my 151st news bulletin.

Getting your foot inside the door of the world of work is a vital first step to a life of earning and learning, and increasingly many people both here in Crewe & Nantwich and elsewhere are turning to high-quality, employer-led apprenticeships to help them on their way.

Since 2010 the number of apprenticeships has doubled, and apprenticeships are becoming a new norm for many more school-leavers who see the value that many local businesses do in a solid vocational training background.

However, I know that locally when I talk to small businesses who haven’t yet taken the plunge and hired an apprentice, their main worry is whether they will be buried in paperwork.

The good news is that under this Government employing an apprentice is now simpler than ever. Not only that but we have also put employers in the driving seat; designing new apprenticeships so that in future they will work even better for both employees and apprentices.

As a result we’ve seen real progress in boosting apprenticeships, both in terms of quality and quantity:

The next step in this process is reforming the way apprenticeships are paid for, so that employers can take the lead on both standards and training.

This will mean that colleges, training providers and universities will need to provide the training employers need to fulfil the standards they have set. It will also dramatically simplify the funding rules and processes.

But you don’t have to take my word for it. Here is what 35 leading trade organisations and businesses wrote in a letter to a leading national newspaper: "Apprenticeships build the country’s skills base, support industries and create opportunities for young people leading to well-paid jobs."

With our strong local economy able to offer a diverse range of apprenticeship opportunities, backed up by a growing mix of training routes to choose from, let’s get behind apprenticeships and the employers who offer them, make the process simpler, and get our young people into the skilled jobs we need and they deserve. 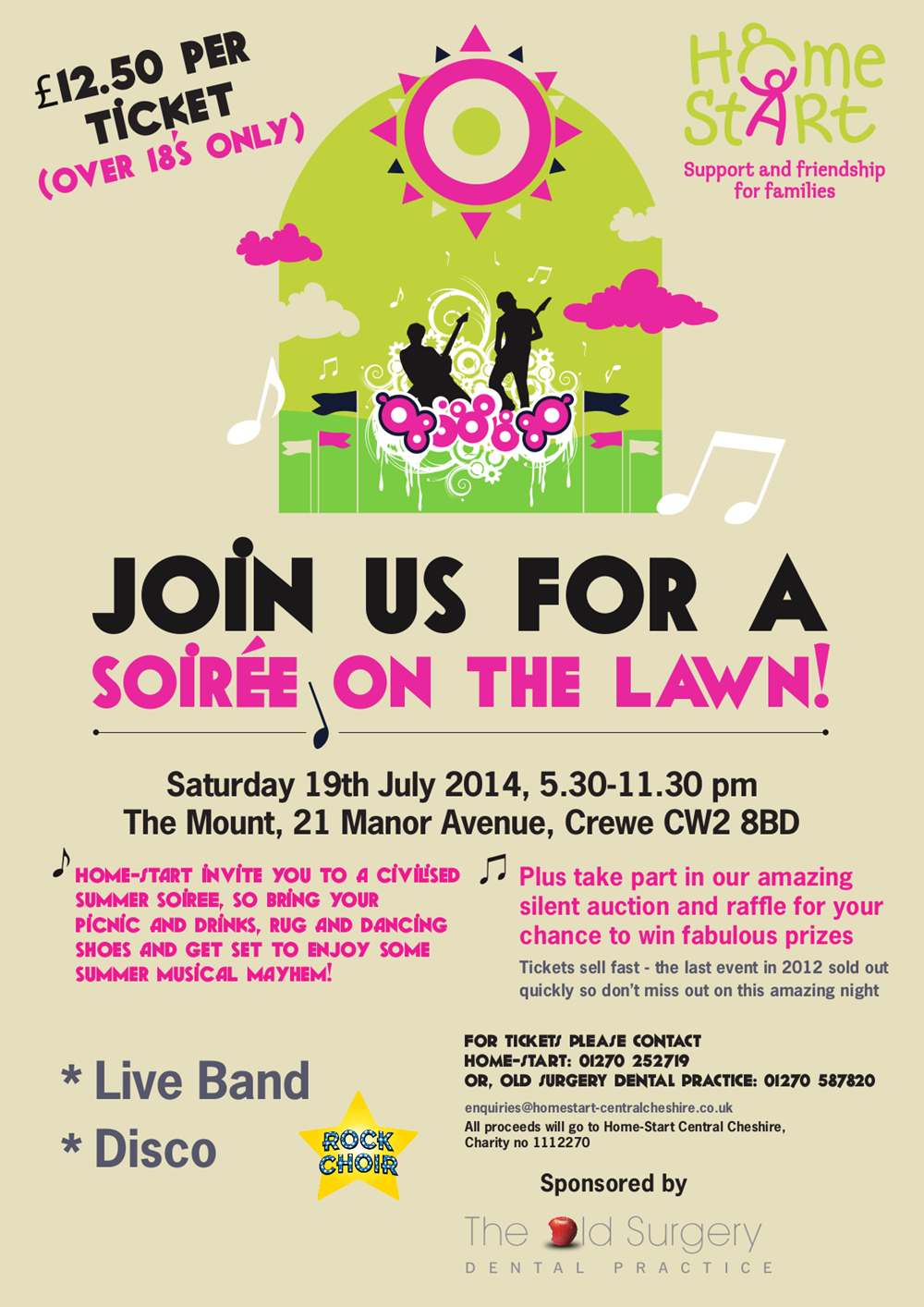 Home Start Central Cheshire Summer Soiree - Click here, or on the image for a larger poster.

Station is on track for the future

Crewe Chronicle: Crewe Station’s new £7m entrance was officially opened today [30 May] – with the promise that this was just the beginning of the changes for the town.

Cheshire East leader Michael Jones praised the efforts of all involved and said the combination of private sector, government and Cheshire East had worked well to bring about the £7m investment.

“Really, it’s great thanks to this man, our local MP Edward Timpson, who has backed us on all the things we’ve moved forward,” he said.

Mr Timpson thanked everyone who had worked so hard on the project – including ‘Patrick McLouglin and his team’ at the Department for Transport.

“We’ve worked hard to make sure they understand the significance of this station, not just for this project but what’s going to come in the future,” he said.  And he said the support and confidence the Transport Secretary had shown in Crewe was ‘extremely welcome’.

The scheme involved the bulldozing of the former Royal Mail buildings to construct a the new entrance, 244 space car park and refurbishment of an existing subway.

“This is only just the start and with the likes of Pete (Waterman) working hard to convince people of the maturity in coming to a view that Crewe should be a fully integrated hub on the HS2 network – even, hopefully, bringing it forward by six years as well –  it’s going to be a huge boost to Crewe and the surrounding area,” said the Conservative MP.

“We need to use this as a staging post, a mark on the ground, we can say we’ve achieved this now and move on to the next project.”

Station manager Sheila Breeze said passengers had already commented on how much more convenient the Weston Road entrance is. “They can park here, walk straight down the stairs and straight on to platform five for London,” she said.

Pete Waterman said Crewe was looking to the 22nd century not just dealing with 21st. He said that with amount of trains that come through Crewe now ‘it’s proof of our argument that Crewe is the right place for a hub station.’

“We couldn’t wait til 2030 to get a new station so we had to do something and this was the last parting gift from a former transport secretary, Philip Hammond,”  said Mr Waterman.

“We fought hard to explain we couldn’t wait until a decision on HS2 because the station was feeling tired and it was difficult to park, so now we’ve got it and we move on from here. This is a statement which says Crewe is here to stay for the 22nd century, not for the 21st.”

When asked why he felt so passionately about Crewe and the HS2 bid he said: “It’s easy to champion a great cause when you know you can win.” 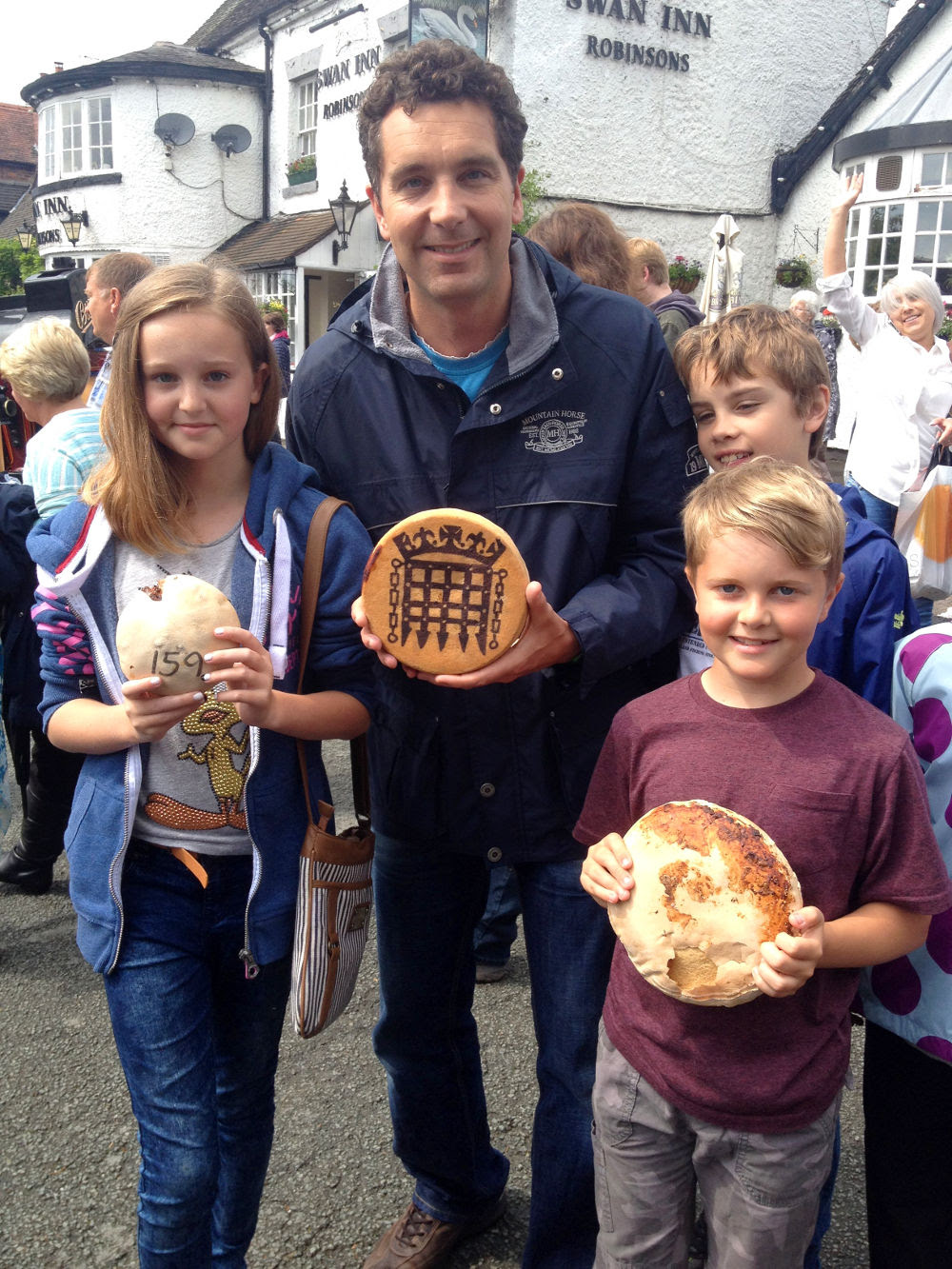 I again had the privilege of rolling the first fig pie, at this year's Fig Pie Wakes.

Thanks to the organisers, the Wybunbury Tower Preservation Trust, and congratulations to the winners, Daniel McKenna (Under-10's, 54 metres), Joe Wright (Under-16's, 50 metres) and Mike Guilliard, who won the adult competition with an impressive roll of 113 metres.

Edward Timpson MP, Minister for Children, attend the final night to lend his support to the initiative, which saw prizes awarded for the best productions.

He said: “It’s fantastic to see so many youngsters taking advantage of the first Nantwich Players Youth Drama Festival, which brings such a great opportunity for them to build their confidence on stage. “I hope that The Players can make this an annual event for the town.”

Crewe & Nantwich Guardian:  A bowling alley has been spared closure after a developer’s plans hit the gutter.

She said the loss of the facility would have a ‘significantly adverse impact’ and considered submissions that revealed the nearest bowling alley would be 15 miles away in Hanley, Stoke.

“From the written evidence before me, I understand that the bowling alley is used by many local people of different ages including the elderly, disabled persons and young people,” she said.

“I have noted the numerous letters and petition from local residents, backed by their MP Edward Timpson, in support of the retention of the bowling facility.”

The decision comes as a reprieve for the Crewe 10 Pin Academy club, and bowling staff who feared for their jobs when the plans first emerged last July.

Mrs Fairclough added: “The appellant states that the bowling facility is not necessarily a community facility with an important social function and that it is not a sporting activity.

“However, given that bowling is an activity which involves physical movement and a great deal of interaction between participants and that the bowling facility provides a social base for meeting and events such as leagues competitions and social club play for all ages and abilities, including special needs as well as pool tables and amusement machines, I consider that it does provide an important social, health and community facility.”