The Commonwealth Queens Baton Relay came to Congleton to Saturday 31st May 2014.

Baton bearers Jane Whetnall and Ann Brightwell gradually made their way past crowds of thousands from Hankinson’s Field to the bandstand in Congleton Park. On arrival at the bandstand Lord Lieutenant David Briggs gave a rousing introductory speech, then Congleton opera singer Carrie-Ann Williams sang the national anthem backed by Rode Hall Silver Band. Over 300 Congleton schoolchildren sang Gary Barlow’s Sing, which was written for the Queen’s Diamond Jubilee and performed by artists from across the Commonwealth, and then followed Jane and Ann as they took turns parading the baton around Congleton Park. 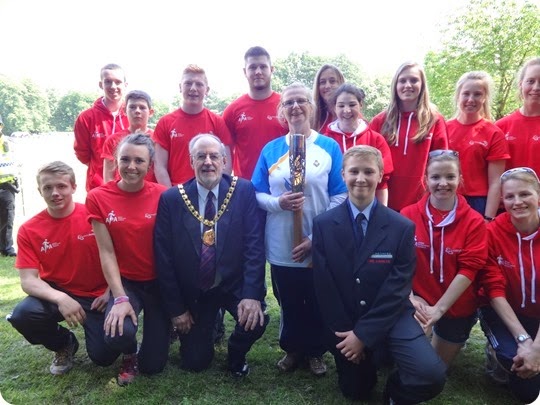 Jane is a co-founder of the Cheshire Academy of integrated Sports & Arts in Crewe and was honoured with an MBE earlier this year for services to disability sport.

Ann is a former Olympic gold medallist and president of ‘Team Congleton’ which formed in 2010 ahead of the Olympic Games to promote sport and healthy living.

The adjacent Hankinson’s Field hosted sports events including hurdles, javelin throwing and obstacle courses at workshops led by Team Congleton. There were also free swim sessions at Congleton Leisure Centre as well as a chance to try out squash, badminton, table tennis and indoor bowls.

Congleton is one of only fourteen places in the country to host the Queen’s Baton Relay and was the only non-city venue chosen. 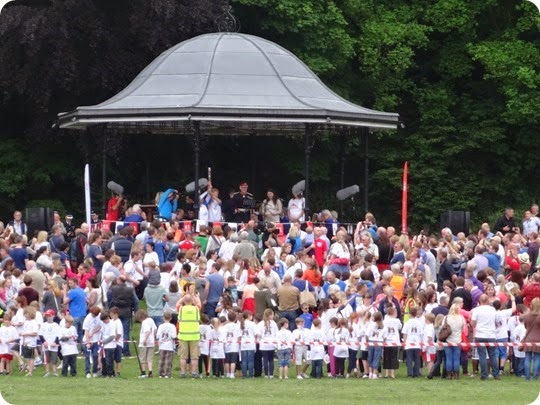 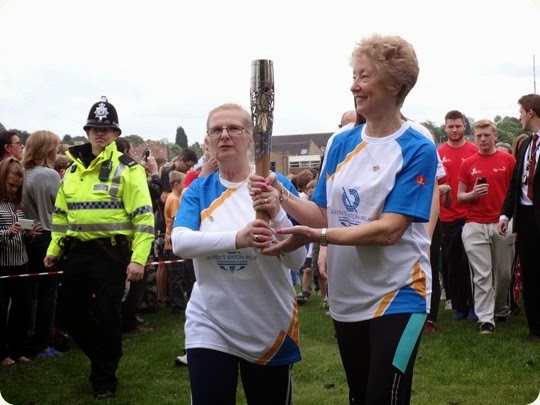