Three Attacks by Fishermen on Swans in Queens Park 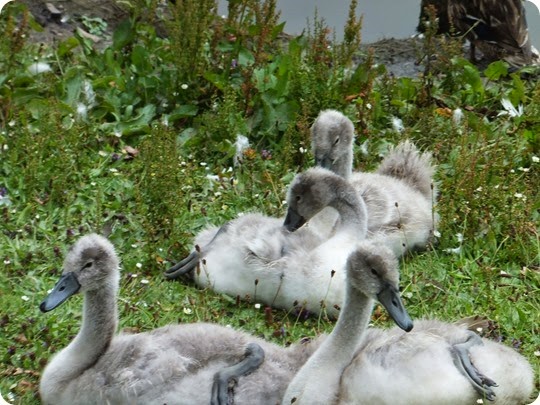 After the horrific Death of the mother swan who had 7 signets in the Queens Park which is still a mystery more attacks have happened this week. We heard disturbing news off a bailiff fisherman. He has witnessed twice in one day, two males fishing who purposely dangled bait in front of the cygnets and caught them up. The bailiff had to untangle them and threaten the males involved. Another witness told me how he had seen a fisherman hitting a swan with a keep net so that is a total of 3 attacks in one day. The mothers death is still a mystery as its claimed by the press that the RSPCA have no knowledge of it but it was quoted on Face Book that the park had called them and it was the wardens who had made the call but speaking to them this week they said they hadn't made a call and knew nothing about the dead swan. The body has disappeared and a request to the park were it went hasnt been answered. A vet who specialises in swans looked at our photo and said with out the body he cant be sure but it looked like a human attack from the photo as there were no canine teeth marks. 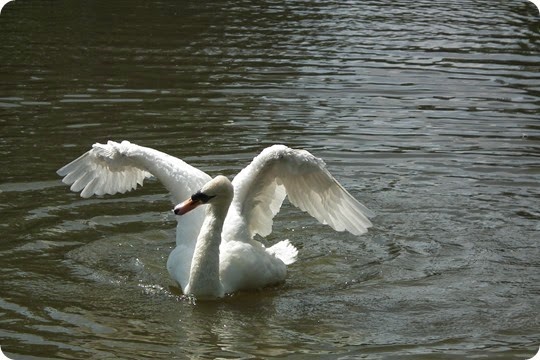 As native wild birds, swans enjoy statutory protection under the Wildlife and Countryside Act 1981 and it is an offence to intentionally injure, take or kill a wild swan.

The Act similarly protects the eggs and nests of swans. It is an offence to take or possess the egg of a wild mute swan, or to damage or destroy the nest of a mute swan whilst in use or being built. Unfortunately, swans and their nests are sometimes a target for vandals.

Anyone seeing an offence against swans or other wildlife is encouraged to contact their police Wildlife Liaison Officer through their local police station.

There is history at the Queens Park of swan abuse with vandals stealing and smashing their eggs and no one does anything about it but now a new wildlife conservation group has been formed and the first meeting will be in the Queens Park pavilion Sun 6th July if you want to help save the wildlife in the park come along. You may wish to ask your local councillor why the CEC isnt doing anything to protect the wildlife as they have a duty of care. Since the attacks they have taken no action to patrol the park or get the Police in to investigate