'NanoCon' comic-con returned to the Nantwich Civic Hall on Bank Holiday Monday 2nd May 2016 after the success of the inaugural event last November.

The main hall featured a collectors market of stalls, selling a whole host of collectable merchandise, hand-made goods and artwork, and ample autograph/photo opportunities with stars of TV and the movies. Cars’ Lightning McQueen made a popular return and numerous superheroes were seen around the venue including Spider-Man, Captain America and Iron Man. A cosplay competition to find the best child costume and best adult costume had participants dressed as characters from The Walking Dead, Shadowhunters, Harry Potter, Batman, Guardians of the Galaxy, and Star Wars.

The Peggy Killick Suite upstairs included an informative question and answer session with 6 ft 7 in actor Spencer Wilding whose roles have included Doctor Who, Guardians of the Galaxy and who is rumoured to be playing Darth Vader in forthcoming Star Wars film, Rogue One. He was joined by actor Martin Ballantyne who has appeared in two Harry Potter movies and alongside the late Heath Ledger in The Dark Knight and five-time world champion kickboxer and actor Lee Charles who appeared with Spencer in the movie Green Street 3: Never Back Down.

The event was attended hundreds of sci-fi lovers and TV/movie fans and in an official capacity by Nantwich Mayor, Councillor Andrew Martin and Mayoress Linda Martin.

The next NanoCon will be later this year on Saturday 5th November 2016. Please visit https://www.facebook.com/NANOCON2015 for further information. 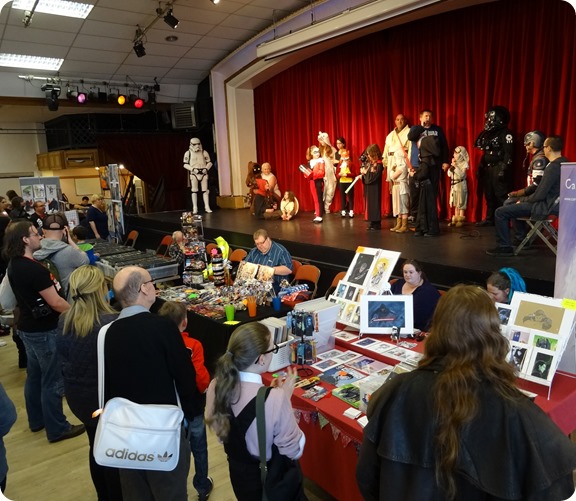 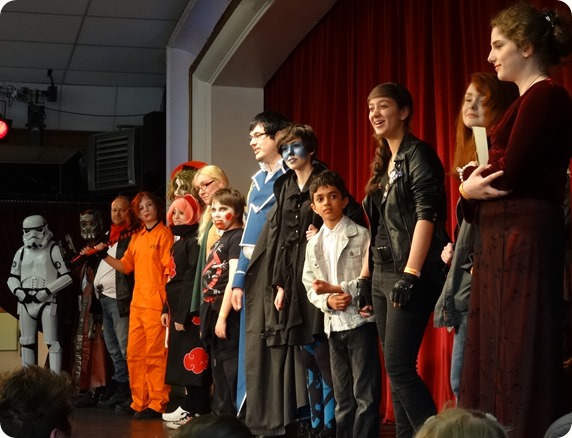