Soldiers Off The Street

The Hop Pole on Wistaston Road in Crewe held a fundraising event on Saturday 14th May 2016.

The event was to raise money for the charity 'Soldiers Off The Street' - http://www.soldiersoffthestreet.org/ - which supports ex-service personnel whose lives have been affected by homelessness.

The Hop Pole hosted a range of talented musical acts during the afternoon and evening which included The Start, Benbidderlee, James, Junker, Dirty Clide, Ed, The Burts, Chimps On Deathrow, Grey Skies, and Wizard Sleeve. The musicians and the sound engineer all gave their time for free.

There was also a raffle and tombola with prizes generously donated by The Co-operative Food and the local community, which were all gratefully received.

Regular customer Val kindly agreed to have her head shaved, which raised approximately £300.

Friend and customer of the Hop Pole - Debi Kay - has agreed to grow her hair for the next 12 months and has already raised £800.

In total, £2,800 is expected to be raised through the event and associated activities.

Jackie and Russell, landlords of the Hop Hole for eight years, said, "We would like to thank everyone for their generous support. Every penny raised will help to integrate ex-service personnel back into civilian life”. 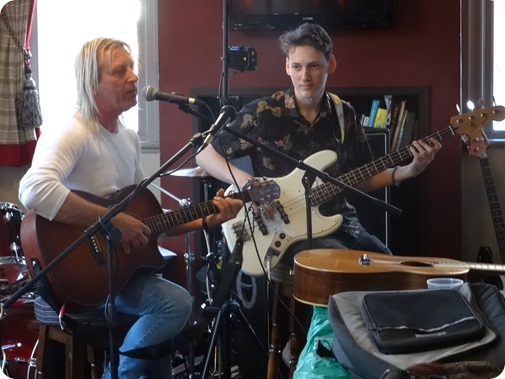