The Steampunk movement celebrates Victorian science fiction and fantasy and imagines that steam power never gave way to electricity or petrol combustion engines. The genre is growing in popularity across the country. It encompasses art, engineering, literature, music, dance and fashion.

Crewe was considered an ideal venue due to the town’s railway heritage including the production of thousands of steam locomotives built at Crewe Works.

There were free daytime activities in the town centre and ticketed evening events at the Lyceum Theatre and the Crosville Club.

In the town centre there was street entertainment with music and buskers, steam traction engines, and face-painting; The Palace of Curiosities took place at The Crown; the new Lifestyle Centre had a Steampunk Market; a Steampunk Concert took place at the Lyceum Theatre; and the Crosville Club hosted a welcome party, burlesque show, Grand Masquerade Ball and a farewell bash. Offbeat Brewery in Crewe brewed a Steampunk'd craft beer especially for the event.

Enthusiasts of the genre flocked to the town from all over the country with many dressed in corsets, top hats, waistcoats, goggles and mechanical accessories.

The event was underwritten by Crewe Town Council. 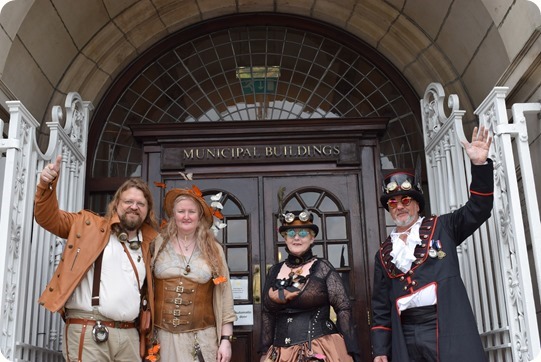 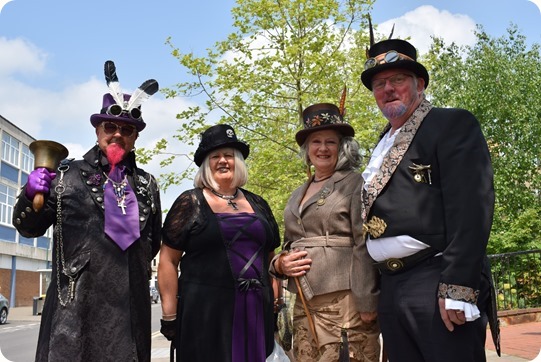 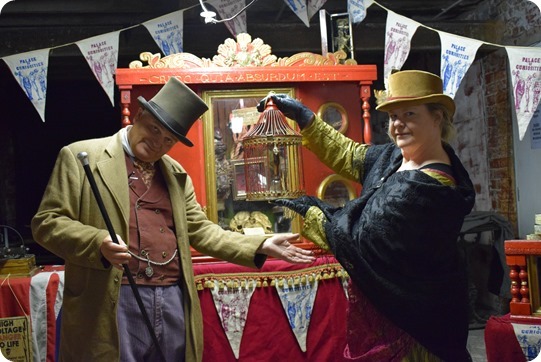