Mums from across South Cheshire took a break from normal life by cruising the canal in a day’s retreat organised by Motherwell CIC.

A group of ten Mums met at Church Minshull Aqueduct Marina to board their hired barge for a day of relaxation and pampering.

Motherwell CIC work with Mums across the region to support women in their mothering journey, with a focus on health and wellbeing.

On a beautiful sunny Sunday, they cruised towards and stopped at The Barbridge Inn on Chester Road, for a bite to eat and relaxing walk. Some of the Mums then received a combination of reflexology and Indian Head Massages during the journey back to Church Minshull.

The spring event was one of many health and wellbeing days aimed at supporting Mums in taking time to concentrate on themselves.

In a daily role where their time can very often be spent on other family members and sometimes alongside work commitments, the focused health and wellbeing days allow women in similar positions to unwind together.

Co-Founder of Motherwell CIC, Angelita Woosnam, said: “Our barge day was such a success. The weather was absolutely gorgeous giving a chance for Mums in the area to get a real break from the demands of a regular day.

“We held a similar retreat day last year and are very proud to have welcomed people that day who now volunteer for Motherwell CIC, having made the full circle of giving something back to a group that has supported them.”

Cheryl Bromont from Wistaston said: “We had such a lovely day on the barge, chilling, chatting and eating!

“The time I spend with Motherwell is time for me, away from everything else. The group has encouraged me to reassess how I spend my time and bring me back down to earth and think about how I need to spend more time on ‘me’.

“The organisers at Motherwell do an amazing job! They are all so welcoming. On the barge, to start with, not everybody knew each other, but the benefit is that by the end, we have shared opinions and experiences and have a network of people to join for the next event.”

Upcoming well-being events that are open to Mums across South Cheshire are the monthly Sparkle and Shine Wellbeing Days held in both Crewe and Winsford.

The Glitter Ball is a chance for Mums to pamper themselves and dress up for a buffet meal and disco to be held at Crewe Alexandra Football Club on Saturday September 10th.

Tickets for this all-women event can be purchased at £25 per person. All money raised from The Glitter Ball and Barge Retreat Day will be put back into the Post-Natal element of Motherwell CIC. 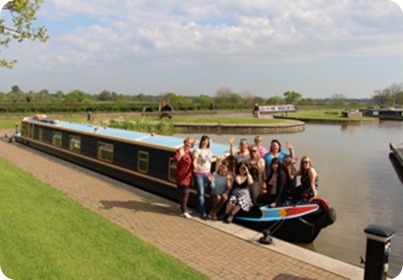 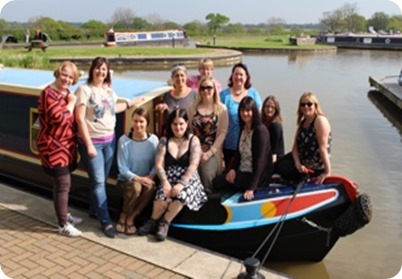 If you are interested in being part of any of these events, please contact Kate Blakemore on 07734868325 or email motherwellcic@gmail.co.uk