Not such a long time ago in a galaxy not so far, far away… a games shop celebrated ‘Star Wars Day’.

The force was strong in the games premises and participants were encouraged to come dressed as characters from the epic space movies. They took part in the Star Wars-related board games, ‘Star Wars Armada’ and ‘Star Wars Imperial Assault’.

Role players were dressed as Jedi Knights, storm troopers, and even Darth Vader made an appearance!

The date was chosen for a pun on the catchphrase "May the Force be with you" which is changed annually to "May the Fourth be with you" and celebrated by thousands of Star Wars fans around the world.

Watchtower Games was established in 2015 and sells a wide-range of role playing games, board games, card games, and table top war games. The company focuses on Star Wars and other sci-fi and fantasy themes but we cater for historical gamers and modellers alike.

Organiser and co-owner Adam Turner said, “It's always a great time at Watchtower Games. We hold events on a daily basis and our customers always make it special and our star wars fans are certainly no exception. It was great to see everyone having so much fun today. It's days like this that make me so proud of the store and the fantastic community that we have here. We have something here for everyone at Unit 10, so why not come on down and take a look - you never know you may even bump in to Darth Vader!” 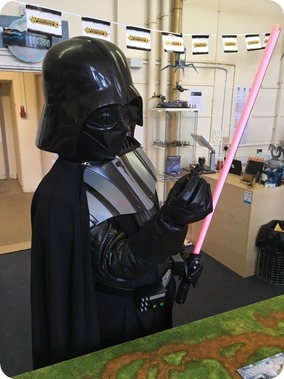 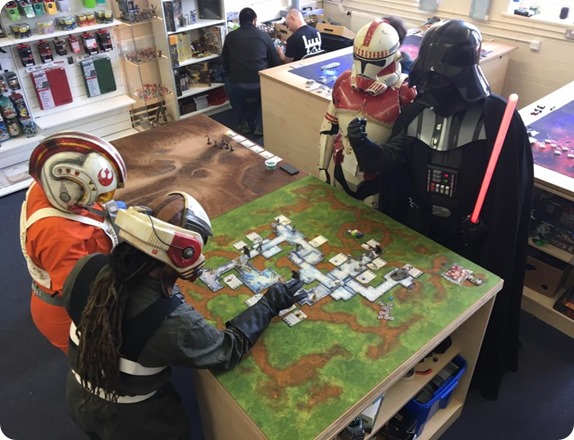