There was also a Junior Singles exhibition match between George Raiswell and Ryan Harper-Griffiths.

Wistaston A players displayed the two shields they won as winners of both the Men’s Division 3 Summer division and Men's Division 3 Winter division in the South and Mid Cheshire Tennis League: http://www.smctennis.co.uk/ . Wistaston A captain is George Raiswell, aged 15, who is a Year 11 pupil at Shavington Academy.

Refreshments were provided by members of the club. 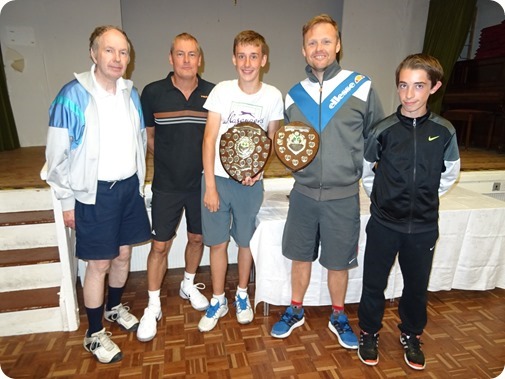