The third 'NanoCon' comic-con took place at Nantwich Civic Hall on Sunday 18th September 2016 after previous events in May this year and November last year.

The main hall featured a collectors market of stalls, selling a whole host of collectable merchandise, hand-made goods and artwork, and ample autograph/photo opportunities with stars of TV and the movies.

Numerous characters and superheroes were seen outside and inside the venue including Stormtroopers, Kylo Ren, a Jawa, Boba Fett, Pikachu, Jack Sparrow, a Dalek, Batman, Captain America and Iron Man. There was also a scale-model of the Battlestar Galactica rag-tag fleet, hand-made over three years by Philip Cocking.

Several children and adults came in costume including Darth Vader, the Hulk, Wonder Woman and the Joker.

The event was attended hundreds of sci-fi lovers and TV/movie fans and in an official capacity by Nantwich Mayor Councillor Andrew Martin. 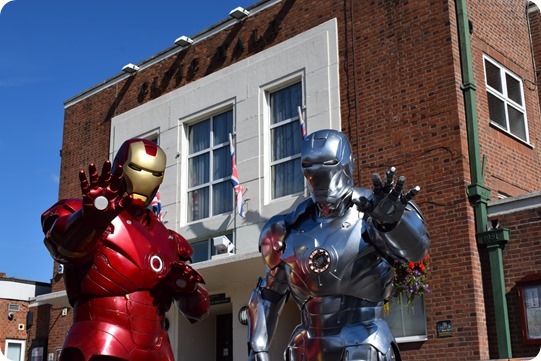 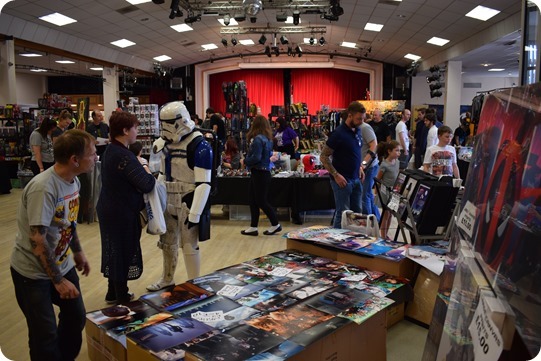