'Basshunter' - http://www.basshunter.se - returned to 'The Studio Nightclub & Entertainment Venue' - http://www.thestudionantwich.co.uk/ - in Nantwich on Friday 16th September 2016 as part of his UK-wide 'Freshers Tour'.

Basshunter has sold over four million records worldwide, has over 2.8 million friends on Facebook and his hits have had over 750 million views on YouTube.

Basshunter posed for photographs with VIP fans, then moved to the stage in the large music and stage area to entertain the audience.

He performed a full DJ set, then sang many of his hits including club classics 'Angel in the Night', 'Walk on Water', and 'All I Ever Wanted'; reaching a climax with 'Now You're Gone'.

The set was enhanced by a fantastic laser & light show.

His appearance was organised by SOML Events.

Nigel Woodhouse, Director of Operations at The Studio, said, "We are pleased to once again bring this international artist to entertain the people of Nantwich, Crewe and surrounding areas. At The Studio it is all about the entertainment. We hope everyone had a great night." 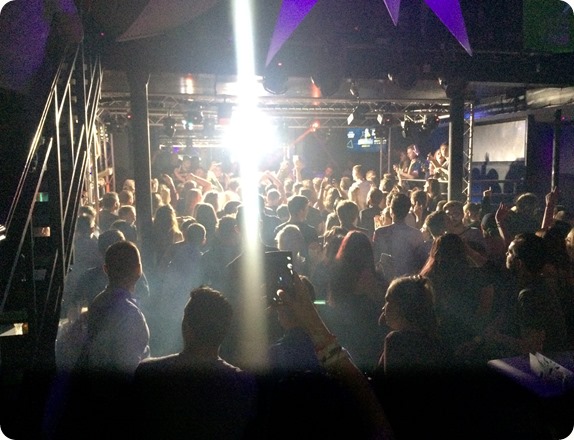