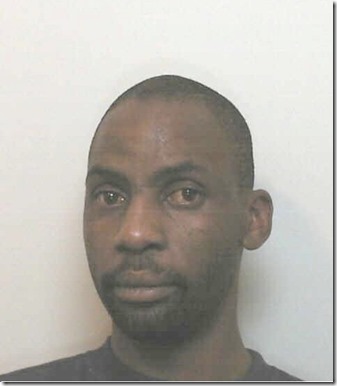 One month on from when missing man Bernard TANDI was last seen at his home address in Portobello Way in Warwick early on New Year′s Day, Tuesday 1 January 2013, police are launching a nationwide appeal in the hope this will help locate him.

Thirty-eight year old Bernard TANDI who also goes by the names of ‘Ben′ or ‘Benjamin′ is described as an African man, 5′9" tall, of a medium build with black short hair and brown eyes. It is not known what clothing he could be wearing but he usually wears jeans and he is a smoker.

He was last seen at his home address on New Year′s Day and reported missing two days later on 3 January 2013 when he failed to return home.

Since he was reported missing he has failed to attend his place of work or make contact with any family or friends.

DS 1636 Carl Buckley, the officer leading the search said "There has been one reported sighting of Mr TANDI since he went missing. This was by someone who knows Bernard and reported seeing him at 0830 hours on 2 January 2013 in Emscote Road, Warwick walking towards Warwick.

"This is encouraging, but we are keen to hear of further sightings and now believe Bernard may have travelled to Coventry or elsewhere in the country which is why we are launching a nationwide appeal."

Whilst we are very concerned for Mr TANDI′s welfare as his family say his disappearance is completely out of character, we remain optimistic that Bernard will be found.

Officers are continuing to conduct searches of places he is known to frequent but so far these have been inconclusive. Posters and leaflets have also been distributed asking anyone with information on his possible whereabouts to come forward. If you would like to assist, please help by distributing the Warwickshire missing poster attached or if you live outside of Warwickshire please download a poster from the national Missing People charity website www.missingpeople.org.uk<http://www.missingpeople.org.uk>
We are urging anyone who has information on the possible whereabouts of Bernard TANDI to please contact Warwickshire Police as soon as possible on 101 quoting incident 128 of 3 January.