Two slaughtermen have been sacked after an undercover investigation exposed shocking cruelty to horses at an abattoir.

The disturbing video shows them being beaten with metal poles and illegally stunned in groups of up to three at a time before being killed. 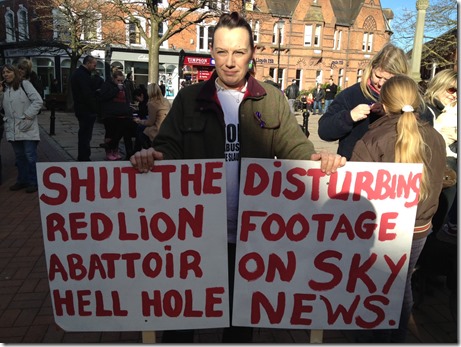 attached photos of around 50 animal rights campaigners on Nantwich town square this afternoon. They were about to travel to Red Lion abattoir, at Sound Heath near Wrenbury in a bid to close it down. The abattoir hit the national headlines last month after secret filming showed how staff were treating horses before they were slaughtered. 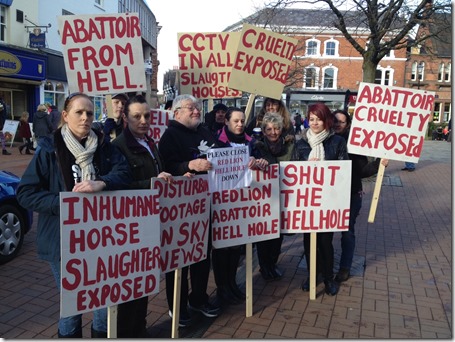