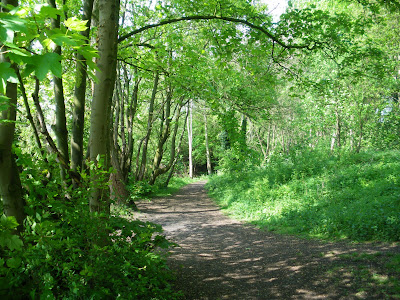 I spent the morning with Caroline Yoxall Cleansing Supervisor
Cheshire East Council and Bill Scragg From the Community Payback scheme(Probation Service) to go all over Tipkinder woodland walk. We looked at the rubbish in the stream, overgrown paths and dead trees.

Bill is going to get his team over and clear the paths of nettles and remove the rubbish from the stream which is difficult because its all in the water. If people had just dumped the rubbish on the road it could be removed in 5 mins as it is its a big job fishing it out of the stream. Thats in the short term in the long term they will try and clear the path along the stream and put some seats for people to enjoy the area.

Caroline is going to get the trees we identified as dead checked out ASAP as they may be a danger and have to be felled. Being very big some of the trees could crash across the steam and hit house on the other side. She will remove all the rubbish on the banks etc. We were looking to promote the area as its a lovely walk in the trees by the stream and lots of people just dont know its there. It has lots of wildlife for people to enjoy and there are a few hidden walks all around the area we even found the secret BMX track, no not the main one by the skate park a secret one in the woods. 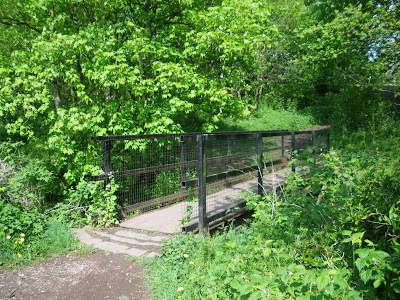 Nice pages!
we like your blogging style and we want to advertise your blog.
If you want us to link your blog in our site,
write in a mail :

1. your site/blog address;
2. a representative image of your blog;
3. a detailed description of your site.

we would be honored to advertise your blog on our blog!
anyway my friend, keep on with your great work!