Here is a link to video I took of the parade and have uploaded to Facebook (Public setting): https://www.facebook.com/jonathanawhite/videos/10153071348467085/?pnref=story

The Remembrance Sunday parade and service in Crewe took place on the morning of Sunday 8th November 2015. There was a parade through the town followed by the Remembrance service on Memorial Square. The Parade Marshall was Lt RL Jones RNR, the service was led by the Reverend Ken Sambrook, with a Bible reading from Councillor Simon Yates, Leader of Crewe Town Council. There was the sounding of the Last Post, a two minute silence, and hymns. Several local organisations, groups and schools were present and laid wreaths during the ceremony. The music was performed by Crewe Brass and Crewe Male Voice Choir. Memorial Square also featured ‘The Poppy Explosion’ community art project to commemorate World War 1 with several hundred knitted poppies. Members of the public were invited to join the Mayor for refreshments in the Council Chamber in the Municipal Building after the Service. 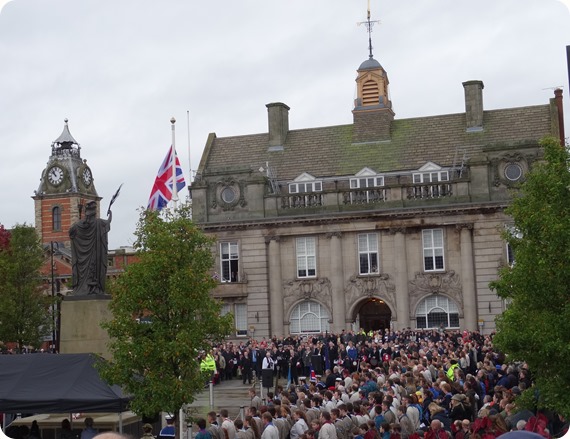 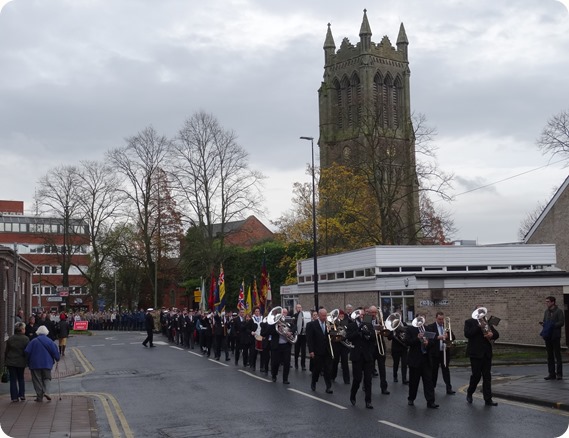 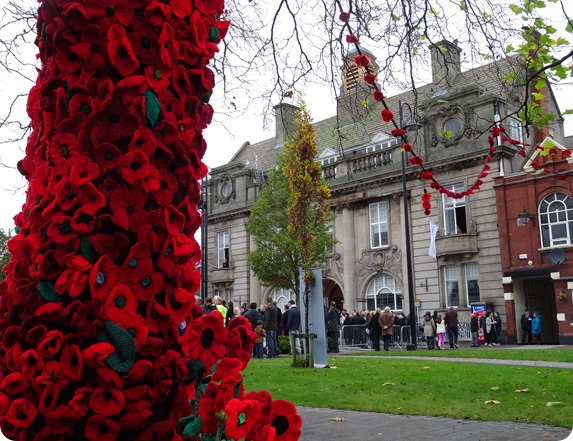