Chris Radford from The Cat 107.9 FM community radio compered the event with Trees Alive! mingling among the audience and entertainment on stage during the afternoon and evening from talented local teenage singer Josh Whittaker, the Frozen Theme Singers and energetic band The Runaway Babies, who warmed up the crowd prior to the switch-on.

The sponsors of the event were invited onto the stage before the switch-on: WeaverHouse and YourRepair Plumbers, along with Applewood Independent who - for the second year running - have sponsored the square’s Christmas tree. They were joined by Rev'd Canon Barry Wilson from St Mary's Church, Nantwich; Santa’s Rusty Robot who will soon be appearing at the Nantwich Civic Hall; Twitchy the Cat from The Cat 107.9 FM community radio; Nantwich Mayor Andrew Martin and wife Linda; Father Christmas and special guest BBC North West’s Beccy Meehan.

Nantwich Mayor Andrew Martin - http://www.nantwichtowncouncil.gov.uk/ - thanked the sponsors, organisers and everyone who attended for supporting the event. A ten-second countdown ensued before the lights were turned on by Nantwich Mayor Andrew Martin, Father Christmas and Beccy Meehan. The switch-on was followed by a spectacular firework display by local company Blitz Fireworks - http://www.blitzfireworks.com .

A large video screen adjacent to the stage advertised local businesses, Nantwich Market and the numerous forthcoming events at the Nantwich Civic Hall.

There was also a children's mini-funfair, festive stalls and refreshments. The event was enjoyed by several thousand people. 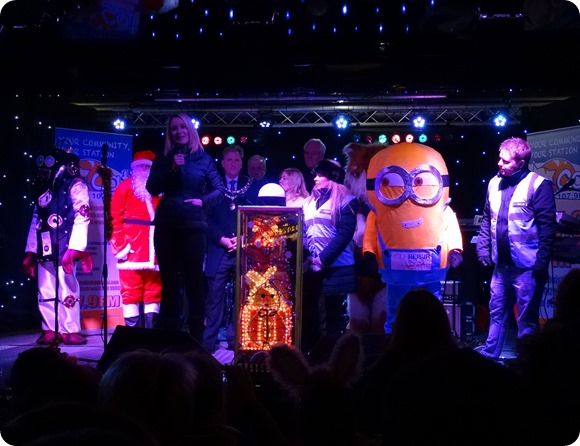 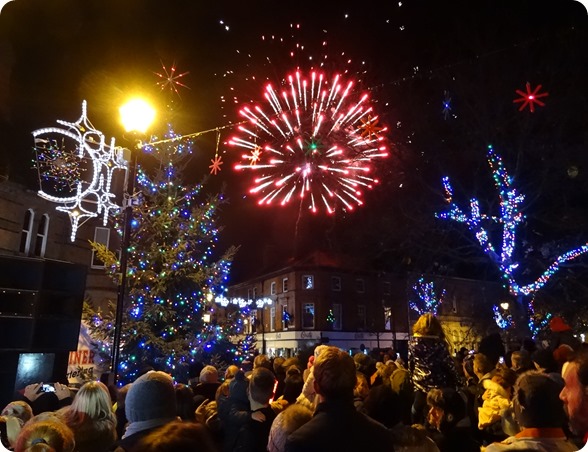 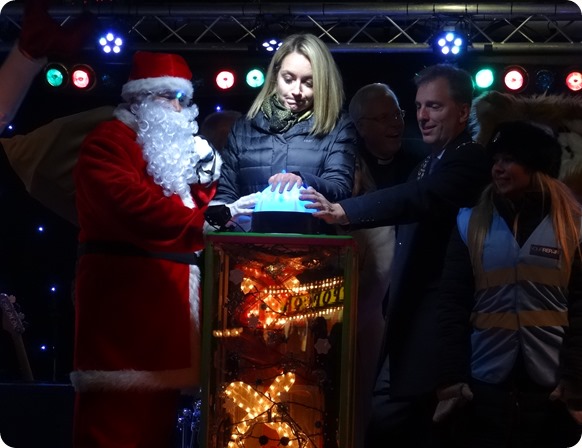