On the evening of Friday 30th October 2015 eleven teams of four people participated in six rounds of ten questions at Wistaston Memorial Hall's Annual Quiz for the Fred Lorimer trophy.

The quiz setters were Peter & Christina Wainwright who had organised their third quiz at the Hall on Church Lane in Wistaston.

The raffle was organised by Glenys White and Meurig Jones for prizes which were all kindly donated. The raffle made £64.

The winning team was called 'Treble Chance' with 48 points, with 'The Scrabblers' in second place.

The Fred Lorimer trophy was presented to the winning team by Peter Wainwright, Quizmaster.

Event organiser John White said, "We had another enjoyable and successful community event, which raised over £100 for Hall funds. We thank everybody who supported and contributed towards this annual event for the Fred Lorimer trophy". 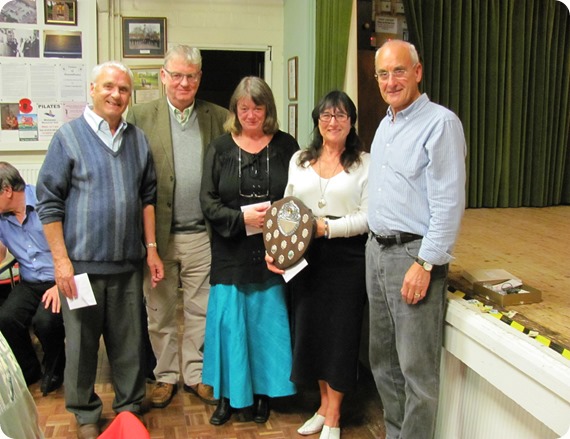