The event started in the morning with a peal of bells at Wybunbury Tower to celebrate the Queen’s 90th birthday with the Tower itself dressed in Union Jack bunting.

The fig pies are made from a traditional recipe containing a hard pastry and were rolled from the Swan Inn pub down Main Road to see how far they would travel. There were separate race categories for 10 & Under, 16 & Under and Adults. Crewe and Nantwich MP Edward Timpson rolled the first fig pie at 3pm, which this year was an in/out EU referendum pie.

Wybunbury Tower was open to the public, and there were various charity stalls, a children’s fairground, a prize draw, and refreshments. There were steam traction engines on display. The Swan Inn and the Red Lion pub both sold refreshments and hosted live bands. There was an art exhibition in the village hall.

The rain clouds disappeared during the fig pie competition and the event was enjoyed by hundreds of people. 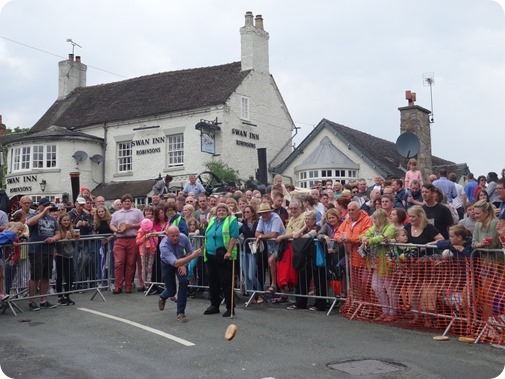 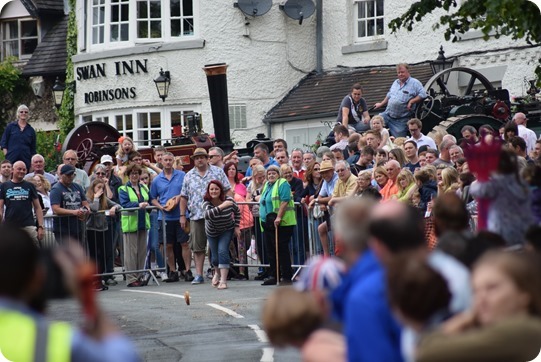