The play was organised by Love Crewe - http://www.lovecrewe.co.uk/ - which is composed of ten churches serving the Crewe area.

The re-enactment recreated the sequence of events from the entry to Jerusalem, the Passover Meal, the Garden of Gethsemane, the Crucifixion to the Resurrection of Jesus Christ.

The event lasted two hours and began with a gathering prayer at St Mary’s Church, then weaved around Crewe town centre, including Victoria Street, the Square and Market Street, before concluding at Victoria Square.

Each sequence was narrated, contained hymns and was accompanied by guitarists. Hundreds of people attended the event.

The script was written by Dr Stephen Berwind, Amy Devereux and Daniel Ruston.

The event was supported by Manchester Metropolitan University (Cheshire Campus), Crewe Town Council, WHSmith (Crewe), along with volunteers and on-lookers.

Celebrations will take place in local churches over the Easter weekend. 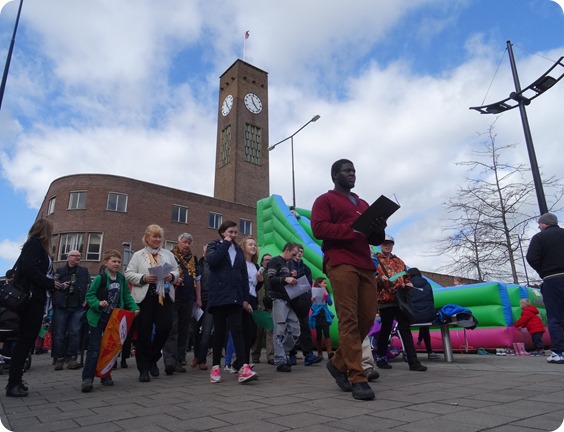 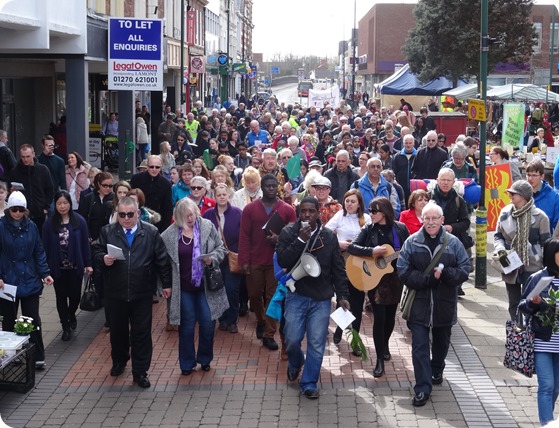