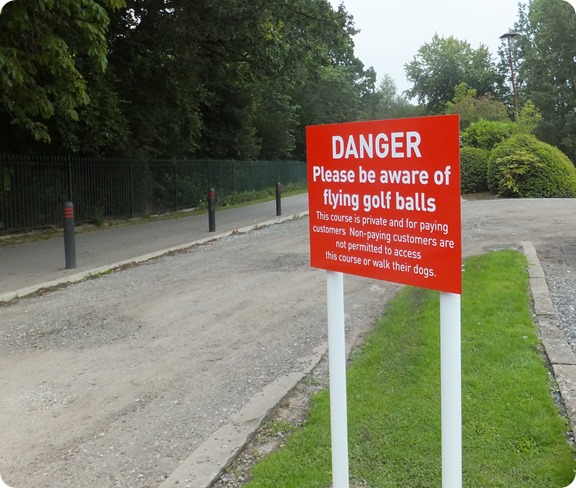 Face Book and other social media is alive with problems with the Queens Park Golf Club owned by American Golf  as lots of signs above have gone up all around the course. As the signs are next to Public paths it would suggest in law they are admitting you are not safe on the public paths. 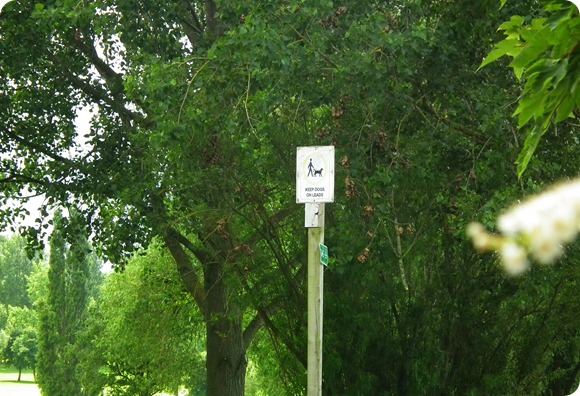 Up to a few weeks ago they had lots of signs stating dogs must be on a lead see above. People have walked across the course for over 20 years and children play on there specially in the winter when its snowing. Now all of a sudden they are trying to stop people which hasn't gone down well. 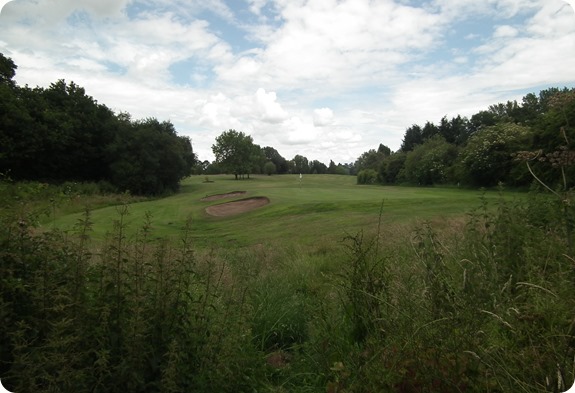 The problem isn't on the course but on public paths as you can see above the hole by the brook is only feet from the public path. Any balls overshooting go straight across a busy path as there is no fence to stop them and a golf ball travels at up to 120mph so if anyone is hit they could kill. 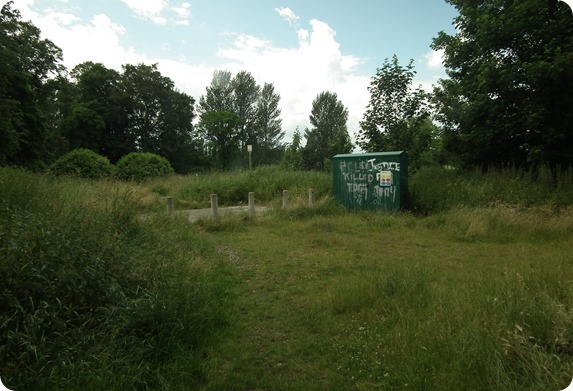 The same is true by the park were often ball fly in to the queens park as there is nothing stopping them. Over 120,000 golfers are injured every year! the balls rebound off the trees all over the path on a regular basis. The course must carry out risk assessments for the coarse and risk of death must be one of the things to consider and golfers should have their own insurance as they can be held responsible for death or injury and could face massive law suites.
What has happened now is allegedly the golf staff have been using intimidation of OAPs and women using the coarse. It seems staff only threaten vulnerable people and they are getting more violent as time goes on.  While in principle stopping people straying on the course is a good thing this must be done in a proper manner but the main issue is stray balls going onto public paths and this so far hasn't been addressed
Below are extract from Face book pages of alleged problems
Reported on Face book and there are over 300 comments and complaints all from independent people.


The first case was before the new signs and when the signs stating dogs must be on the lead were up. Today 29th June a 70 year old OAP was walking across the Queens Park Golf Course with is dog on the lead as he does most days and has done for something like 30 years. All of a sudden a  steward or someone in a golf buggy screeched up to him and very aggressively told him he could walk his dog here this is despite the fact others were on the golf course with dogs off the lead.
The OAP explained its a public right of way and has been for years and asked were are signs to say you cant walk a dog? The man who didnt identify himself got abusive  and very threatening and would not answer about signs in the end he said they weren't any yet.
The OAP was getting very frightened at this point and explained he had a medical condition which could be brought on by excitement. The man got out of the buggy and the OAP believed his life was in danger its only when the dog got between them that the man backed down. The man continued the abuse for another 10 mins the OAP believes he was going to hit him on a few occasions and its only the dog that stopped him  at which point the man  he said he would have them killed by a golf ball.
The OAP tried to leave but the man kept driving the buggy at him trying to round him up like a sheep the OAP  tried to make his escape but the man kept harassing him and driving at him shouting abuse  saying the old man would be dead soon anyway.
Due to all the stress the OAP then collapsed at which point the buggy drove off and left the OAP for DEAD

An OAP and ex nurse this week claims her dog was hit by a golf ball and it was done on purpose.
Another comment about staff kicking a dog
u musnt no everyone there coz this man was tryin to chase my dog away by kicking him. And he was only lookin for rabbits near the big bins near the club house, then he was askin me go over to threaten me. He musnt of thought id go over coz he face when i did was shocked. Then he was goin on he was callin dog warden coz i got a dangeres dog.


One about threats from the club about dangerous trees were people carnt go into their own garden as they are afraid of branches falling on them.
I'm sick of the tree that the Grounds keepers have allowed to grow in excess of 50' over my house and have threatened me with court if I do something about it, it's dangerous to use my back garden as there are numerous dead branches ready to fall

Thats disgusting this man must be stopped before someone gets hurt. Bet he doesnt say anything the the drug deals with big dogs.