Seahorse Swimming Club was crowned with the Frank Hough Trophy as overall winners at the Halliwick Regional Gala on 26th September 2015, winning eight gold and four silver medals in a close contest at Crewe Baths against their rivals, Aquadis (Ellesmere Port) and Sailfin (Sale).

The gala, which was held for people with disabilities, was attended by Crewe Town Councillors Suzanne Brookfield and Jill Rhodes, who presented medals and trophies to the winners. They were both thrilled to see the swimmers competing to such a high standard with plenty of determination, enthusiasm and effort.

Seahorse Chairman Rob Dutton said: "All the swimmers have done themselves and the Club proud, this is testament to all the hard work they have put into the sessions over the last few months. It was another successful gala from a swimming prospective and a big thank you to all the volunteers that give their time and effort to support the running of the club and the gala on the night."

All gold medal winners qualify to represent the North West Region at the Halliwick National Gala in Hull on 17th October 2015. 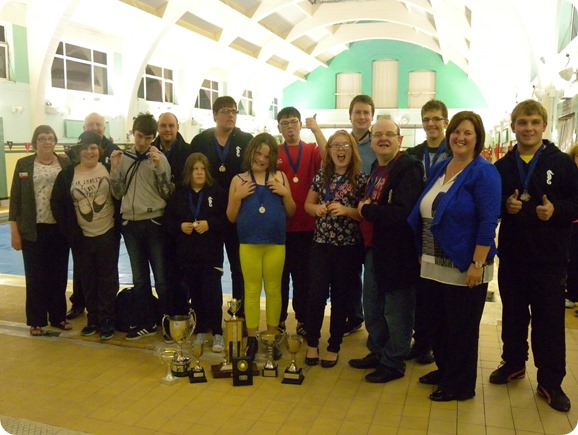