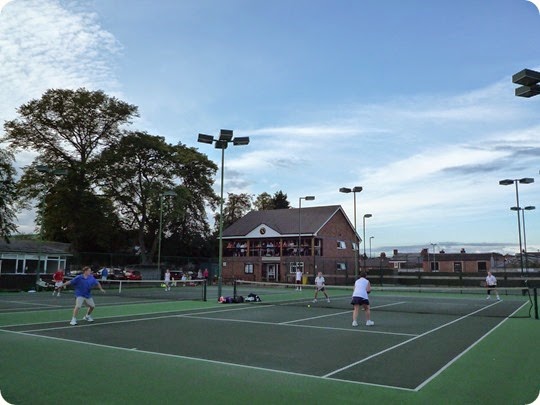 Local winners were Nantwich, Audlem, Wrenbury and Wistaston. Nantwich A won the Ladies Division 1 Summer League for the 31st time!

The Stonelake Shield Sporting Award was presented to Craig Robinson from Congleton Lawn Tennis Club for his sportsmanship which epitomises the best qualities of tennis in the League.

League Chairman Dave Clarke said, "I would like to thank Congleton for hosting today's event, the ladies who produced the fantastic refreshments this afternoon, and the league officers for their sterling work throughout the year. I would also like to thank all the clubs who attended and congratulate the divisional winners. We are grateful to Slazenger for their continued sponsorship."