A few months ago the house on the corner of Oxford St West st which was also a bed shop its whole side wall collapsed into the Lion and Swan garage destroying several cars. It has been held up by wood to stop it collapsing as the whole building seems to have moved and twisted. The remaining side wall has holes in it and the roof is in bad repair. The garage cant use part of his forecourt as its not deemed safe to work under as the house may collapse into the yard. 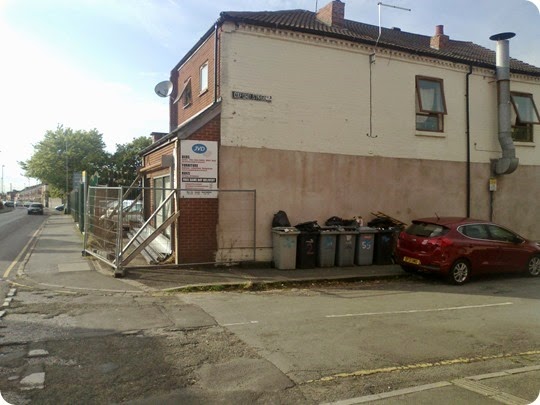 The Lion and Swan insurance is now taking the owner of the building to court as no attempts have been made to make the building safe so they have been months without half of the yard.

What has now come to light is there are at least 25 Czechs living in the house which must be condemned. This raises several questions if the house is so dangerous why are they there? Are they squatting? If its being rented out it multiple occupancy which means it must be licensed by the council. Are they legal immigrants? As the house is so dangerous why hasn’t health and safety been used is there a gas safety certificate, is the electric safe as they are running live mains cables from the front door to upstairs outside it cant be safe.

With so many people in the house can they make the house more dangerous with vibrations etc, its very clear these people are in danger and the public may be as well if the house collapse into West st when people are walking by.

There is a side issue to all this as well as this one house several other in Underwood Lane are being occupied by other Czechs with up to 20 people in each house the Derby dock at nigh has anything up to 50 of them around the play area and this is frightening local residents many who are in their 80s. In Oxford St from the house they all sit outside and its frightening to walk down the street. The real side issue is they throw rubbish everywhere.

At the rear of Underwood lane is a mother and baby unit which houses lots of new born babies and these people throw their rubbish outside the unit all over the floor with smelly nappies maggots and flies which is a health risk. According to environmental health they say its nothing to do with them even though its putting babies at risk from infection.

What is happening now is that the rubbish is being set alight at least 3 incidents have happened in the last week and all the rubbish is not English which suggests that there is an arsonist in the area possible targeting Czechs. One of the fires at 2:15am was feet from a car which could have been set alight. Cllr Brian Sylvester is looking into the matter for local residents 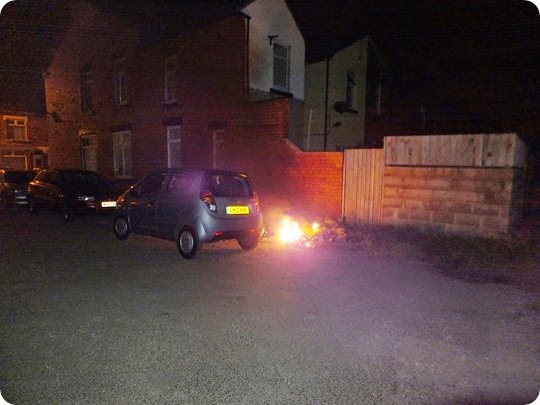