Naomi Barker (aged 11) has been the Wistaston Rose Queen for the past twelve months and during her year she has organised a variety of events with all the proceeds going towards her nominated charity of ‘Alder Hey Children’s Charity’ http://www.alderheycharity.com/ .

Her year started in June 2013 when she was crowned at the Wistaston Village Fete and held a Chocolate tombola and Treasure hunt which went down very well with everyone. Other events during the year were cake stalls after church, being guest of honour at a Wistaston garden party attended by the Mayor, attending the Wistaston annual Duck race, a stall at the St Luke’s Christmas fair, a family portrait session, organising a Quiz night in the church hall, a Ukulele concert by Ukebox enjoyed by over 140 people and finally a sponsored cycle ride from St Mary’s Church, Wistaston to Chester Cathedral. Thank you to the generosity of all her family, friends and Wistonian’s the grand total raised for the year was £2,720. 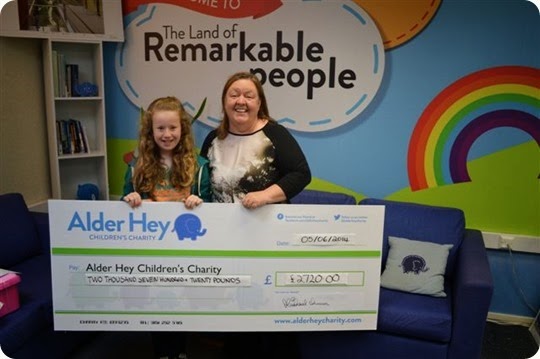