Having trouble reading this email? View it in your browser!

Welcome to this, my 152nd news bulletin.

Recently, in Manchester, the Chancellor of the Exchequer set out a vision for a northern British powerhouse by connecting up our northern towns and cities.

We are already building a new north-south railway, HS2, which will connect eight of the UK’s 10 largest cities, including Manchester, Leeds and Sheffield.

It has been proposed to use Crewe as a hub station for this new line, making our area more accessible to new businesses and jobs and providing commuters and travellers with far more choice and a greater number of services.

This northern phase of HS2 alone is a £21bn investment, and will support at least 60,000 jobs. It’s the most important investment in the north for a century, and something we can afford because we have taken difficult decisions elsewhere.

But we also need an ambitious plan to make the cities and towns here in the northern belt radically more connected from east to west. Those of us in Crewe and Nantwich with family or work reasons that take us to the North East or Yorkshire know what a drag it can be to get there.

As well as fixing the roads, including improving M6 junction 16 and building the Crewe Green Link Road, that means considering a new high spend rail link.  We want to start thinking about whether to build a new high speed rail connection east-west from Manchester to Leeds, based on the existing rail route, but sped up with new tunnels and infrastructure.

All of this will serve to make our area more accessible and more attractive for business and leisure, and I couldn’t be more excited to be involved in a project that is going to make such a difference to the lives of my constituents in the future.

Crewe Chronicle: Vital funds are needed  to help save lives by  providing a second MRI  scanner for Leighton  Hospital.

Mid Cheshire Hospitals  Charity formally launched  their new Scanner Appeal  this week to enable them to  provide an extra facility to  run alongside the existing  one, which is currently  functioning way beyond capacity.

With more than 14,000 patients a year arriving at  Leighton for an MRI scan,  the current scanner is  working 13 hours a day, seven days a week and some  patients are being sent elsewhere because they department is at capacity.

The charity now need to  raise £1m to provide the  state-of-the-art scanner as  well as completing necessary building work so it can  be situated back to back  with the current one.

With a significant rise in  demand for scans due to the  introduction of MRI prostate screening and an increase in the number of  high risk stroke patients,  staff are currently relying  on back up from a mobile  scanner which comes

every three weekends of  the month just to ease the  pressure.

Successfully funding the  £1m target would deliver a  better service for the thousands of patients needing  the service from Crewe,  Nantwich and its surrounding areas.

The new scanner will feature a range of benefits to  patients, including:

The charity, which was behind the successful One in  Eleven Appeal is hoping to  smash its target within two  years.

Laura Riddle, fundraising  manager said:“We have given  ourselves a goal of raising £1million in two years.  The local community have  always been hugely supportive and we can’t thank  them enough for this.

“We look forward to hearing about your fundraising  efforts so have some fun  whilst raising money for  this wonderful cause!”

Texts are free on all networks. Maximum text donation is £10. 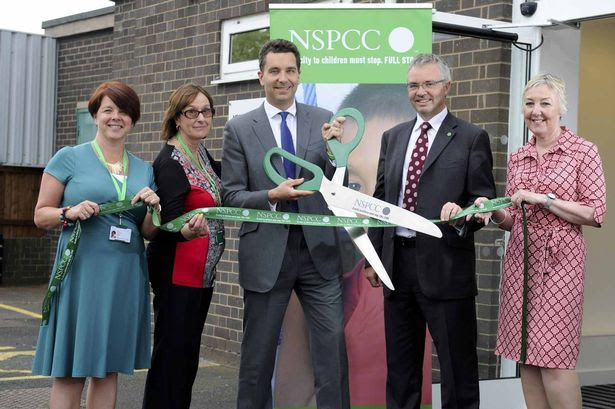 The Children’s Minister cut the ribbon on the Rainbow Centre in Oak Road on Tuesday, July 1.

He said: “I have supported the work the NSPCC does for many years and it’s great to see the charity investing and expanding in our local community with supportive services.

The new centre has 12 staff and offers cutting edge services for vulnerable children and families, including services for children suffering neglect, and children in families where drug and alcohol problems exist.

Services include SafeCare- where NSPCC staff visit homes referred to them due to neglect, showing parents how to play with their children, keep them healthy and handle difficult behaviour.

Elsewhere, the NSPCC’s Graded Care Profile will let staff identify when a child is at risk of neglect by looking at four key areas of physical wellbeing, safety, love and esteem.

Meanwhile, a special group work programme will be provided for children aged 5-12 years, whose parents misuse substances. Practitioners lead groups of up to five children over 10 weekly sessions while parents receive support on an individual basis.

Alex Modder, service centre manager for the NSPCC in Crewe added: “We are delighted with the new Rainbow Centre, which is a bright, colourful welcoming place for children, families and other professionals to visit.

“The services we offer here are aimed at helping children and parents to feel supported to overcome family difficulties, strengthen family relationships and ensure that children are kept safe.”

To find out more about the services on offer at the Crewe Service Centre, contact the team on 0207 650 3330 or email: crewe.service.centre@nspcc.org.uk

Nantwich News: MP Edward Timpson has welcomed new vocational qualifications which will help Nantwich and Crewe students prepare for the world of work.

Mr Timpson said he was delighted South Cheshire College is one of the first seven colleges picked to offer teenagers new Technical Awards.

The awards, announced by Skills and Enterprise Minister Matthew Hancock, are an alternative to GCSEs aimed at 14 to 16-year-olds, who will have to meet tough new criteria set out by employers. They will allow pupils to study real-life practical and technical skills in subjects like woodwork, textiles and electronics, and have a higher requirement for external assessment as demanded by employers.

From September 2015, pupils will be able to study up to three Technical Awards alongside a minimum of five core GCSEs.

Meanwhile, 16- to 19-year-olds, alongside or instead of A levels, will be able to study Tech Levels.

At South Cheshire College, students studying Tech Level qualifications in IT and engineering will be offered the opportunity to complete all three components of the TechBacc.

Mr Timpson said: "Previously, young people were encouraged to study qualifications completely unrelated to their lives or the rapidly changing world of work.

"Technical Awards will give students the opportunity to learn practical skills which are valued by employers from the age of 14 and are recognised in the school performance tables.

"They can be studied alongside core GCSEs and offer a crucial first step towards securing a high-quality vocational education.

"Improving vocational and technical education is a critical part of our long-term economic plan which will deliver the best possible schools and skills for our young people, so everyone can reach their potential."

Crewe Chronicle: Crewe and Nantwich MP Edward Timpson has welcomed the announcement of £1,862,407 of new funding in Cheshire East to tackle potholes.

In total £3,112,192 of additional funding for Cheshire East has been announced for this year, on top of the annual roads maintenance budget.

Over three million potholes will be filled in across England with funding from the £168 million Potholes Fund, announced in the 2014 Budget. This is part of more than £24 billion which will be spent on England's roads between 2010 and 2021 – the biggest investment in our roads since the 1970s.

Mr Timpson said: "This is great news for everybody who uses the roads in Crewe and Nantwich.

"£1,862,407 of new funding will go a long way to dealing with the menace of potholes and ridding our roads of them. Investing in Britain's roads and infrastructure is a key part of the long-term economic plan to secure a better future for Britain – and this is just one part pf that. By fixing Britain's roads the Conservatives are supporting local businesses, and making life that bit easier for the hardworking people in Crewe and Nantwich who rely on them to get around". 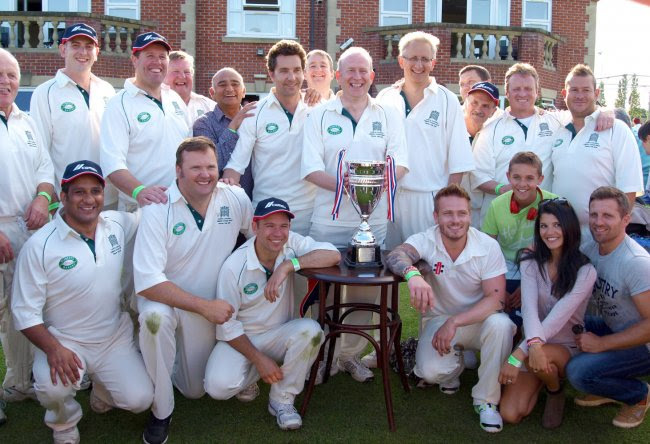 The event, which was sponsored by Robert's Bakery, saw over 500 people and their families visiting Northwich Cricket Club to watch the 'Emmerdale All Stars' team battle the 'MPs and Celebrities' team.

After winning the toss, the Emmerdale side elected to field first. The MPs and Celebrities took to the crease, notching up a very respectable 164 runs in 30 overs.  After a short break it was the Emmerdale team's turn to bat and, battling hard, they came within a whisker of snatching victory in the final over.

'Man of the Match' was awarded to comedian and presenter Nick Hancock and the awards, together with the winners' trophy, were presented by music mogul Pete Waterman.

Graham told us: "This was a fantastic day which saw hundreds of families from Weaver Vale, Cheshire and across the country, come together for a cracking match and three really important local causes. Obviously, I am delighted that the MP team snatched victory from the Emmerdale team in a very tight game indeed.

"I would like to thank everybody who has contributed to make this such a fantastic day – the sponsors, players, helpers, our hosts Northwich Cricket Club who have worked tirelessly, and above all the public for coming along to watch."

The £5,000 raised so far (with some donations still to be made) will be divided between the three local charities. Graham concluded: "It's been a magnificent day for everyone concerned – thank you all for contributing!"