Man who groomed women with a fake online persona jailed for rape, blackmail and fraud. 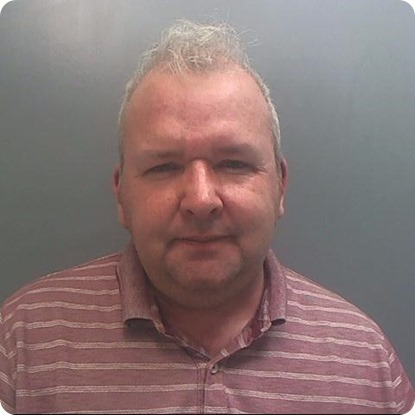 A man who groomed women by posing as a fit and young enviromentalist on a dating site has been jailed for 17 years for multiple rapes, false imprisonment, blackmail and fraud.

Robert Devereux, 50, was sentenced today (18 12 2018)  at Chester Crown Court after earlier being found guilty of seven counts of rape and blackmail against one woman after a week-long trial. He was also found guilty of sexual assault and false imprisonment against a second woman.

The court heard that Robert Devereux, 50, of Roseway in Macclesfield, spent months grooming one woman after she contacted the fake persona of “Dean” that he had created on the site “Plenty of Fish”.

He talked to her for hours on end and became familiar with the intimate details of her life as she grew to trust him and became emotionally involved with him.

He got her to send intimate pictures of herself and then put into operation his plan to have sex with her in person.

Another woman had a shorter period of contact with Devereux but became equally besotted with his fake persona after online chats, phone calls and texts.

He developed an elaborate plan whereby he claimed that the women must have sexual relations with “Rob”, a friend of the online “Dean”,  before they could meet the fake character they’d fallen for.

By the time his first victim came to the house to meet “Rob”, she was so caught up in the deceit that she agreed to have sex with Devereux. She later refused to have sex but Devereux raped her anyway. He then became increasingly threatening and told the woman he’d post the intimate pictures he had of her online if she did not carry on with the sexual activity.

She felt she had no option but to continue and there were a further five or 6 meetings over a period of many months. She was also pressurised into lending Devereux over £2000.

Some three years earlier, another woman was lured into Devereux’s web of deceit in a similar way. When she arrived at Devereux’s home, she was told to wear a blindfold, so that she couldn’t see it wasn’t the male in the photograph she had seen on line and with whom she’d talked. She became concerned during sex and she realised the terrible truth of the Defendant’s true identity when the blindfold came down.

Devereux then sexually assaulted her and told her she wasn’t leaving until he got what he wanted. The brave victim fought him off and made her escape.

A third woman was equally deceived by Devereux but didn’t have sexual relations with him. She did agree however to lend him £500 when he falsely told her that he needed the money for a friend.

In Victim Personal Statements, the victims spoke of the shame and humiliation of being taken in by Devereux and of how they would never have consented to have any relations with him if they hadn’t believed they were eventually going to meet the man they had become so taken with.

He said: “We hear a lot nowadays of adults grooming children so that they can exploit them. This was a case of an adult grooming adults so that he could satisfy his perverted fantasies. Devereux worked on the emotions of these women over a long period of time, enticing them with a persuasive but utterly fake persona until they were desperate to meet him.

“They were seeking and deserved a genuine human relationship but they had, in fact, been pulled into a web of perversion and deceit by this cold and calculating sexual offender.

“The decision making on this case was complex as, on the face of it, the women had consented to have sexual relations. But the Crown Prosecution Service argued that this was not true consent as in the case of one victim, she would not have submitted to sexual activity had she not been the victim of blackmail.

“They had believed in the character of Dean and had become so caught up in the web that they were willing to do almost anything to meet the man they had fallen for.

“Devereux had 'groomed' these vulnerable women and exploited their infatuation with the fictional persona. He then intimidated one with threats to post intimate pictures on the web. He has used his hold over his victims to fulfil his own sexual perversions and humiliated and degraded them in the most serious way. He clearly gained satisfaction from exerting total power and control over these women.

“The effects upon Devereux’s victims are life-long and catastrophic. Their self-confidence and desire to find a meaningful relationship may never return.

“The Crown Prosecution Service has worked very closely with Cheshire Police over the past three years in what has been a very difficult and challenging case.