Former Cheshire police officer sentenced to 30 years in jail for raping a 13 year old girl and abusing others. 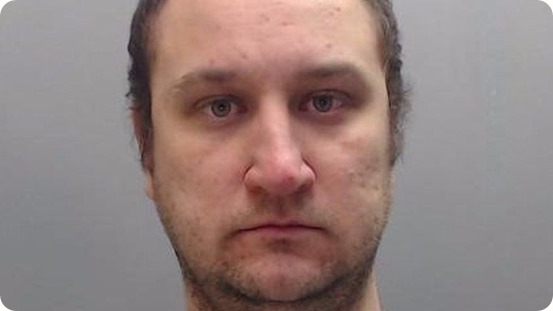 A former Cheshire police officer has been sentenced to 30 years in jail for raping a 13 year old girl and targeting and abusing many other vulnerable young girls while he was working in the force.

The Recorder of Liverpool, Judge Clement Goldstone QC, described Ian Naude as a “very dangerous man indeed” as he handed out the sentence at Liverpool Crown Court today (13 12 2018). Naude will serve 25 years of the sentence in prison and five years out on extended licence.

On 15 November 2018 Ian Naude was found guilty of seven counts of sexual offences against a child, including rape. He had earlier pleaded guilty to 30 offences, including sexual communication with a child, enciting a child to sexual activity and indecent images.

Naude’s offending came to light after he raped the 13 year old daughter of a woman who had called the police to an incident at her home on 22 October 2017.

Naude attended with another officer and made a note of the contact details of the woman’s daughter. Over the next three days, he flattered and groomed the young girl via social media and then invited her to go for a drive with him in his car.

He drove her to a secluded spot then raped her and filmed the incident on his mobile phone. He even took a “selfie” on his phone of himself smirking after the attack. The young girl found the courage to tell her family and an investigation began that revealed the serving police officer was a committed, predatory paedophile.

Senior Crown Prosecutor Martin McRobb, of the Crown Prosecution Service, said: “Ian Naude claimed his victim had consented to sex. But the disturbing video of the incident on his phone did not show the face of a consenting woman. It showed the face of a sad, scared and abused 13 year old girl.

“She had been groomed by a police officer who had a history of manipulating, pressurising and blackmailing young girls into performing sexual acts for his perverted pleasure.

“Ian Naude thought he could get away with it but, thankfully, his victim found the courage to tell her family what had happened. The investigation that followed revealed Naude to be a persistent paedophile who had been targeting young girls on the internet for a long time. He had joined the police to gain greater access to vulnerable young girls he could exploit.”

The court heard that expert work by the Police unearthed key evidence on mobile phones and other devices that Ian Naude had tried to hide when he got wind that he was being investigated.

Naude continually contacted vulnerable underage girls via the internet, often at the same time, gaining their trust by claiming to be a 15 year old boy. Judge Goldstone today said Naude’s offending was “totally out of control”. He also pointed out: “These offences were committed by a public servant in the execution of his duty”.

Naude would prey on the vulnerabilities of his victims to get them to undress and perform sexual acts in front of a camera. He, in turn, would send them explicit pictures and videos of himself.  He calculated that his victims would be too embarrassed, ashamed or confused to report him. When the extent of his offending came to light, he admitted some of the sexual offences but maintained that he never tried to meet the girls he talked to online and insisted that the 13 year old he had sex with in his car had consented. The Crown Prosecution dismissed these assertions as deliberate lies and the jury agreed.

Victim Personal Statements read to the court today talked of the shock, shame, distress and sadness that the abuse had caused the victims and their families.

Outside of court today, after sentence was passed, Martin McRobb said: “I would like today to thank again the victims and their families for the unwavering support they have given to the police and to the Crown Prosecution Service in the prosecution of Ian Naude. Without this assistance, this individual may never have been brought to justice.

“I again pay tribute to one particular 13 year old girl. Had she not had the courage to tell her family and then the police what a police officer had done to her, Ian Naude would almost certainly still be a police officer and would still be targeting and offending against young girls. This young girl has single-handedly saved many other young girls from the trauma of sexual abuse.

“I hope that the successful prosecution of Ian Naude will also have some effect in lessening the inevitable harm that has been caused to these young girls. I would like to make it clear that we in the Crown Prosecution Service take every allegation of sexual offending very seriously. We will do everything we can to bring offenders to justice and to support and protect the welfare of victims.

“In this case, the Crown Prosecution Service has worked closely with Cheshire Police. I wish finally to say that we have been assisted at every stage by the dedication and expertise of police officers from Cheshire. They represent all police officers and their service will never be tarnished by the abhorrent behaviour of one former colleague who will now have time to reflect on what he has done.”

Ian Naude has also be made the subject of a Sexual Harm Prevention Order of indefinite duration, he must sign the Sex Offenders Register and all the indecent images that he possessed will be seized and destroyed.