UKIP Crewe and Nantwich have selected Cllr Michael Stanley to be their Parliamentary Candidate.He was born in Crewe,to a family that ran a number of pubs in Crewe from the 1970's to the late 1990's.He went to the Monks Coppenhall School and then Malbank High School in Nantwich.He lives in Crewe and is aged 35.He is married to Cindy,who is from the Dominican Republic,but is now a British citizen.He trained as an actor in Manchester and is currently an on-board operative on the railways.He is a Parish Councillor for the Woolstanwood Ward of the Minshull Vernon and District Parish Council.In 2015 he stood for UKIP in the St.Barnabas Ward for the Cheshire East Council and Crewe Town Council.

Michael said,"I want more funds for our local NHS and to cut the bureaucracy and waste. UKIP will abolish car parking charges at Leighton Hospital. These charges are a tax on being ill.

I support the UKIP 'Campaign to Save the British Pub' because local pubs are a unique part of our heritage that must be retained.

I will also be campaigning to stop the Tory Government cuts,to the funding of local schools,which Tory MP Edward Timpson has failed to prevent.

When it comes to education funding Tory run Cheshire East is the lowest funded in the country.

The Tory Government gives away £13,000,000,000 a year in foreign aid but can't find the money to fund our schools properly,here in Crewe and Nantwich." 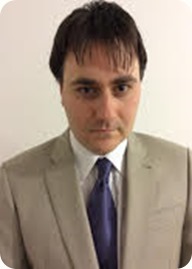 Edward Timpson does not deserve to be re-elected.He has broken his promises.

He promised not to cut the NHS but waiting times for A&E and operations at Leighton Hospital have increased,due to lack of funds.

That is the equivalent to the loss of 621 teachers and £503 LESS per year per pupil.Cheshire East will be the lowest funded for education in the country.

He promised to put a cap on the cost of elderly care, so the family home would not have to be sold if an elderly parent went into care. That promise has been dropped because the Government said they couldn't afford it.

But the Tory Government can afford to give away £13,000,000,000 of our hard earned taxes each year in foreign aid.What a perverted set of priorities that is.

UKIP would slash foreign aid by 80% and use the savings for our NHS,our schools and for our local eldely care.

Finally 56% of his constituents voted to LEAVE in the EU referendum but Mr Timpson voted to REMAIN.

On June 8th vote UKIP for better funding of our local services,lower immigration and an MP who actually believes that our future lies away from the dead hand of the EU.