World famous steam locomotive Flying Scotsman came to Crewe Heritage Centre - http://creweheritagecentre.org/ - on Wednesday 17th and Thursday 18th May 2017 in the 30th anniversary of the centre.

Flying Scotsman was originally built in Doncaster for the London and North Eastern Railway (LNER), emerging from the works on 24 February 1923 and initially numbered 1472. It was designed by Sir Nigel Gresley as part of the A1 class – the most powerful locomotives used by the railway.

By 1924, when it was selected to appear at the British Empire Exhibition in London, the loco had been renumbered 4472 – and been given the name ‘Flying Scotsman’ after the London to Edinburgh rail service which started daily at 10am in 1862.

It was the first steam engine authenticated at travelling at 100mph in November 1934.

Flying Scotsman was making its second visit to the centre since the locomotives refurbishment was completed last year at a cost of £4.2million.

This year is the 30th anniversary of Crewe Heritage Centre, which was opened in July 1987 by HM Queen Elizabeth II, to commemorate 150 historic years of the town of Crewe. The centre is open from April until the end of September at weekends and Bank Holidays (10am-4:30pm). 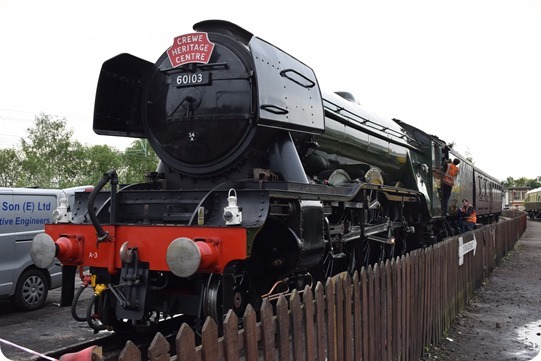 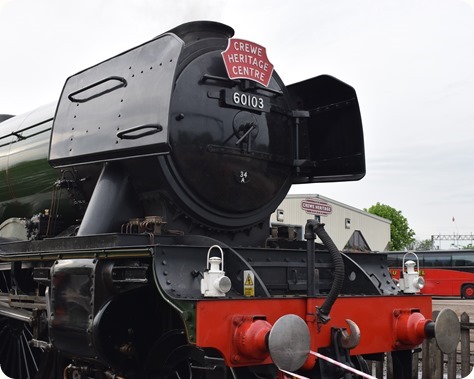